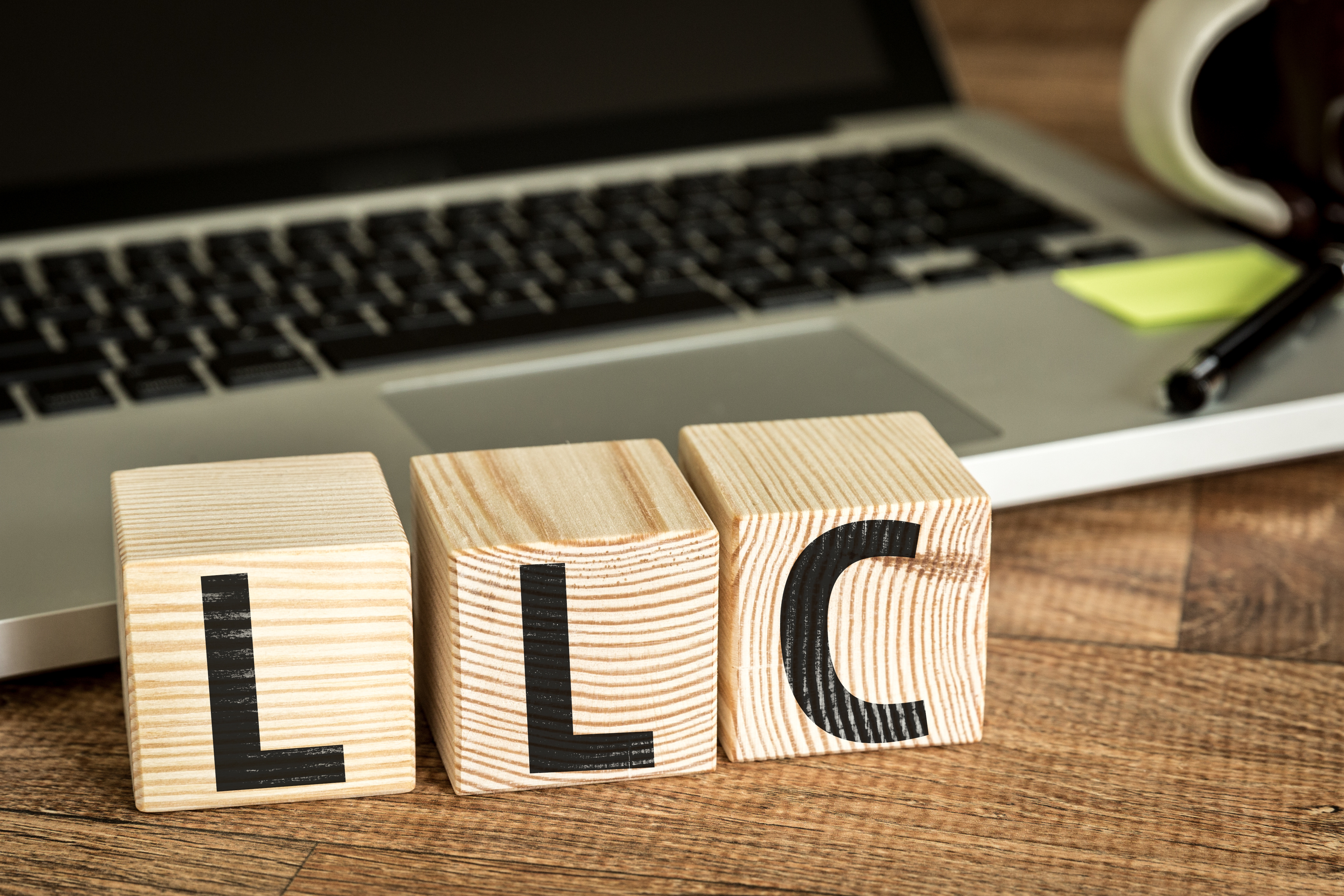 (1) the economic purpose of the entity is likely to be unreasonably frustrated;

(2) another owner has engaged in conduct relating to the entity’s business that makes it not reasonably practicable to carry on the business with that owner; or

(3) it is not reasonably practicable to carry on the entity’s business in conformity with its governing documents.

In 2017, sections 11.314(1) and (2) became applicable to LLCs for the first time. While these bases for a dissolution claim are much less common than section 11.314(3), they may still provide meaningful protection against oppressive and other misconduct in Texas LLCs.

Beginning in 2017, Texas LLCs also became subject to the test, which allows dissolution when “the economic purpose of the entity is likely to be unreasonably frustrated.”  As noted above, courts already find that “it is not reasonably practicable to carry on the entity’s business in conformity with its governing documents” when an entity is failing financially.  An economic purpose of every for-profit entity is to make money. “Dissolution generally has been deemed appropriate when a company’s economic purpose is not being met, or when the company is failing financially.”

One recent Texas decision applies the economic purpose test in a partnership dissolution action. In CBIF Ltd. Partnership v. TGI Fridays Inc., the Dallas Court of Appeals affirmed the judicial winding up of a joint venture established to operate TGI Friday’s restaurants and café bars at DFW International Airport.  The jury found that the court’s winding up jurisdiction was triggered by all three tests:

After a lengthy trial, the jury made the following findings: . . . The economic purpose of TGIFJV had been unreasonably frustrated and likely would be frustrated in the future; CBIF engaged in conduct that made it not reasonably practicable to carry on the business of TGIFJV in partnership with CBIF; and it was not reasonably practicable for the joint venture to carry on its business in conformity with its governing documents.

The relationship also imposed significant additional costs in terms of the time spent resolving issues directly and indirectly affecting the purposes of the Partnership. The relationship between the partners has deteriorated over the years and nothing in the record suggests that it will improve. For these reasons, we conclude that the record supports the circuit court’s holding that the economic purpose of the Partnership is likely to be unreasonably frustrated.

In Wood v. Apodaca, the court found that a partnership’s economic purpose was unreasonably frustrated because certain partners “fail[ed] to fulfill their side of the bargain” by refusing to invest a promised sum of $250,000.  In Kirksey v. Grohmann, described in the preceding section, the South Dakota Supreme Court held the economic purpose test was an alternative ground for affirming the dissolution order.  The court held that the economic purpose of the LLC was unreasonably frustrated where four “sisters formed their company contemplating equal ownership and management,” but now “two members of an LLC . . . hold all the power, with the other two having no power to influence the company’s direction,” and “[t]he company remains static, serving the interests of only half its owners.”

Finally, Texas LLCs may be subject to winding up if an “owner has engaged in conduct relating to the entity’s business that makes it not reasonably practicable to carry on the business with that owner.”  This “owner conduct test” occurs on “application by an owner of the partnership or limited liability company” complaining about the conduct of another owner to the effect that it is not reasonably practicable for the two owners to continue in business together.  This is a very different inquiry than under the other two tests, which both focus on the company. The owner conduct test focuses on the actions of a particular owner and necessarily includes the specific treatment of other owners. O’Neal and Thompson posit that the owner conduct test “suggests a focus on the majority’s conduct toward a minority member.”  No Texas cases have been decided under the owner conduct test, but Texas shareholder oppression jurisprudence discussing the type of conduct that would justify the buy-out of a minority shareholder certainly seems to fit: “burdensome, harsh, or wrongful conduct; a lack of probity and fair dealing in the company’s affairs to the prejudice of some members; or a visible departure from the standards of fair dealing and a violation of fair play on which each [business owner] is entitled to rely.”  In fact, the definition of oppressive conduct may well be more narrow than the universe of conduct that would satisfy the owner conduct test.

Five other states have LLC dissolution statutes containing the three tests in essentially identical language to the Texas statute.  The official commentaries to the Montana and South Carolina statutes state that the owner conduct test is satisfied by “serious and protracted misconduct by one or more members.”  In Gordon v. Kuzara, a case decided under the Montana statute, the court held that the following conduct would be sufficient to satisfy the owner conduct test: depositing multiple checks into the LLC account, and then writing checks in the identical amounts to the defendant’s family corporation; writing a check without authority for $2,000 from the LLC account to defendant’s family corporation, causing an overdraft; and charging the LLC for defendant’s own time without authority.  The court held that dissolution of the LLC was warranted because “[t]he reasonable conclusion was that [the defendant], as a member of the LLC, was being disproportionately enriched . . . all to the detriment of the cattle business of the LLC and to the detriment of the [other members], who held a 50% interest in the enterprise.”

While there is little case law interpreting the owner conduct test in the LLC context, a number of states have the same test in their statutes dealing with the remedies of dissolution or dissociation in partnerships.  In Giles v. Giles Land Co., the court held that the ownership conduct test was satisfied when one member of a family partnership harbored animosity toward the other partners, refused to communicate with them, and threatened them.  “Although Kelly contended that some of these statements were wholly unrelated to the partnership in question, the trial court determined that Kelly’s version of the events lacked credibility. Thus, the appropriate remedy under these circumstances is the dissociation of Kelly under K.S.A. 56a–601(e)(3) [the owner conduct test].”  Courts have also ordered dissolution of partnerships under the owner conduct test based on a “history of the bad blood,”  the failure of a partner to pay rent on property leased from the partnership,  harassing other partners, refusing to correspond regarding partnership business, and refusing to participate in necessary meetings and voting procedures such that the majority of the partners were deprived of any benefit from the partnership.

In Brennan v. Brennan Associates, the partner in control of the business had “engaged in conduct to maintain such control to the exclusion of everyone else” and engaged in a “pattern of adversarial conduct with [the other partners] that had caused them to mistrust him, including besmirching [one partner’s] reputation with a false accusation of fraud.”  The court held that such conduct justified expulsion of the controlling partner under a Connecticut statute permitting dissociation from a partnership if “the partner engaged in conduct relating to the partnership business which makes it not reasonably practicable to carry on the business in partnership with the partner . . . .”  In Fernandez v. Yates, the court dissolved a partnership under the owner conduct test where the controlling partner failed to prepare financial statement required by the partnership agreement, refused to meet with the other partners, and paid out $70,000 in partnership funds for his own legal fees without the approval of the other partners.

This post is taken from a law review article recently published by HCWD, PLLC in the Houston Business and Tax Law Journal. Download the entire article with full analysis of the legal issues and case citations: