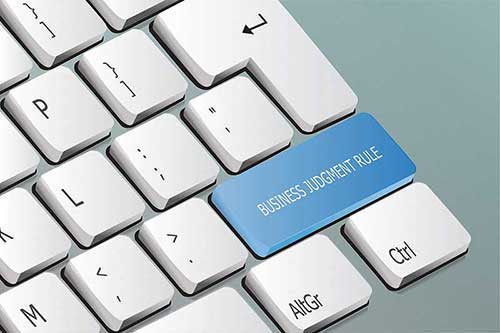 Texas Business Organizations Code section 11.314 provides that the limited liability company becomes subject to district court jurisdiction to order winding up and termination if a petitioning member satisfies one or more of three tests, which we will refer to as the “economic purpose test,” the “owner conduct test,” and the “reasonable practicability test.”

No Texas cases have applied section 11.314 to an LLC, and only a small number of cases apply the same statute to partnerships. However, courts in other jurisdictions have applied statutes with wording essentially identical to the three tests set forth in section 11.314 to a wide variety of circumstances. Each of the three tests has been used to provide a remedy to dissension and oppression. Section 11.314 should provide meaningful relief and the possibility of a compulsory buy-out to oppressed members of Texas LLCs.

Unlike other states in which dissolution is mandatory and the only remedy,  the Texas statute is unique. Section 11.314 provides that, if the court determines one of the three tests is satisfied, the district court “has jurisdiction to order the winding up and termination of the domestic partnership or limited liability company.”  A court with jurisdiction over an LLC presumably retains the discretion to order winding up and termination or not to do so. In fact, section 11.054 makes clear that a district court with jurisdiction to order the winding up of an LLC, in fact, has extremely broad powers to act:

(1) supervise the winding up of the domestic entity;

(2) appoint a person to carry out the winding up of the domestic entity; and

(3) make any other order, direction, or inquiry that the circumstances may require.

The remedy mentioned in section 11.314 is an order requiring “the winding up and termination” of the limited liability company.  The court obviously may opt to do so. The TBOC provides the court with broad powers in a judicially-ordered winding up and allows the court to directly supervise the winding up.  Such court supervision would presumably include orders requiring an accounting audit, sale of assets, payment of creditors, and distribution to owners. Alternatively, section 11.054(2) permits the court to “appoint a person to carry out the winding up.”  The case law makes clear that the person described in this section is not a receiver.  Therefore, none of the provisions governing receiverships applies.

Section 11.052 provides that the LLC, in winding up, must “cease to carry on its business, except to the extent necessary to wind up its business.”  The LLC is required to send notice of its winding up to each “known claimant.”  The LLC must collect and sell its property to the extent the property is not to be distributed in kind and  “perform any other act required to wind up its business and affairs.”  However, the court has broad authority to customize the winding up process.

Given that the court has discretion as to the winding up and termination order under section 11.314, the court should certainly have the equitable power to fashion a different remedy.  Unlike receiverships, which the Texas Supreme Court has now held are exclusively statutory proceedings,  dissolution proceedings are equitable in nature.  Moreover, section 11.054(3) empowers the court to “make any other order, direction, or inquiry that the circumstances may require.”

Professors Miller and Ragazzo have suggested that a situation “in which a judicial decree requiring winding up is available, it may be preferable to pursue a less extreme remedy.”  Texas courts exercising their equitable powers undoubtedly have the authority to fashion appropriate remedies.  The Texas Supreme Court in Patton v. Nicholas held:

Wisdom would seem to counsel tailoring the remedy to fit the particular case . . . . [E]quity may, by a combination of lesser remedies, including exercise of its practice of retaining jurisdiction for supervisory purposes and reserving the more severe measures as a final weapon against recalcitrance, accomplish much toward avoiding recurrent mismanagement or oppression on the part of a dominant and perverse majority stockholder or stockholder group.

In Davis v. Sheerin, the First Court of Appeals held: “[B]ased on the Patton holding that courts could order liquidation under their general equity powers in the absence of statutory authority, we hold that a court could order less harsh remedies under those same equity powers.”  In that case, the court held that Texas courts “may decree a ‘buy-out’ in an appropriate case where less harsh remedies are inadequate to protect the rights of the parties.”  One New York court noted that the “Limited Liability Company Law does not expressly authorize a buyout in a dissolution proceeding,” but nevertheless held, “in certain circumstances, a buyout may be an appropriate equitable remedy upon the dissolution of an LLC.”

While the Texas Supreme Court in Ritchie held that the buy-out remedy was not available under section 11.404 and that there was no buy-out remedy based on a stand-alone common law cause of action for shareholder oppression, the court did not hold that a buy-out order was unavailable as an equitable remedy for other causes of action.    Nothing in the Ritchie opinion questions the equitable power to order a buy-out as stated in Davis. On the contrary, the Ritchie court expressly suggested the remedy might be available for breach of an informal fiduciary duty between shareholders arising from a relationship of trust and confidence, and it did not foreclose a buy-out order as part of a receiver’s rehabilitation of a corporation.

This post is taken from a recent law review article published by HCWD, PLLC in the Houston Business and Tax Law Journal. Download the complete article with full legal analysis and case citations: