It is important to note that “owning stock” does not mean possessing a stock certificate. Texas law has long held that the certificate is not the “stock.” Yeaman, 167 S.W. at 720 (“In a corporation the certificate of stock is not the stock itself”). The certificate is merely evidence of the ownership of the stock. Id. (stating that the share certificate “is but a muniment of title, an evidence of the ownership of the stock.”); Greenspun v. Greenspun, 194 S.W.2d 134, 137 (Tex. Civ. App.—Fort Worth 1946), aff’d, 198 S.W.2d 82 (Tex. 1946) (“In this latter connection it is to be remembered that the certificates of stock are not in themselves property, but are only evidence of the interest of the stockholder in the corporation.”); A. B. Frank Co. v. Latham, 190 S.W.2d 739, 741 (Tex. Civ. App.—Austin 1945), aff’d, 193 S.W.2d 671 (Tex. 1946) (“Nor does mere cancellation of the stock certificates effect a reduction of the capital. They are but evidences in the hands of the holder of his aliquot part of the legal capital of the corporation.”). See also Dewing, 96 U.S. at 196 (“The stock of such corporations may be held by a valid title without a certificate. The certificate is only one of the indicia of title. The right to the stock is in the nature of a non-negotiable chose in action.”).

A stockholder owns the stock whether or not he possesses the certificate and regardless of whether a certificate was ever even issued. Yeaman, 167 S.W. at 720 (Possession of a stock certificate “is not necessary to a subscriber’s complete ownership of the stock.”); Greenspun, 194 S.W.2d at 137 (“It is possible under some circumstances for one to own stock in a corporation though no certificate has been issued to him or endorsed or delivered to him, and likewise it is possible under some circumstances for title to the stock to pass without delivery of the certificate of stock or without written assignment of it.”); Estate of Bridges v. Mosebrook, 662 S.W.2d 161, 121 (Tex. App.—Fort Worth 1983, writ denied); Estate of Crawford, 795 S.W.2d 835, 838 (Tex. App.—Amarillo 1990, no writ) (“Complete ownership of certificated stock may exist without the issuance of a certificate or its delivery.”). “The certificate is simply the evidence in the hand of the subscriber on which he may be able to base an assertion of interest in the common fund. However, the title to the certificate may not carry with it title to the stock.” Turner v. Cattleman's Trust Co. of Ft. Worth, 215 S.W. 831, 832 (Tex. Comm'n App. 1919, jmt adopted).

Form and Validity of Certificates

Additionally, differences in classes or series, transfer restrictions, and shareholder agreements, if in place, are required to be conspicuously stated on the share certificate, meaning that the matters required to be disclosed must be placed in a manner or displayed using a font that provides or should provide notice to a reasonable person affected by the information—e.g., if the information is capitalized, boldfaced, italicized, or underlined or is larger or of a different color than the remainder of the document. Sec. 1.005.

Disclosure of classes or series

If the corporation is authorized to issue more than one class or series of shares, then each certificate must conspicuously state on the front or back: (1) the designations, preferences, limitations, and relative rights of each class or series of shares to the extent they have been determined and the authority of the board of directors to make those determinations as to subsequent classes or series; or (2) that this information is stated in the corporation’s governing documents and that a free copy will be provided to the shareholder on written request to the corporation’s principal place of business or registered office. Sec. 3.202(b). 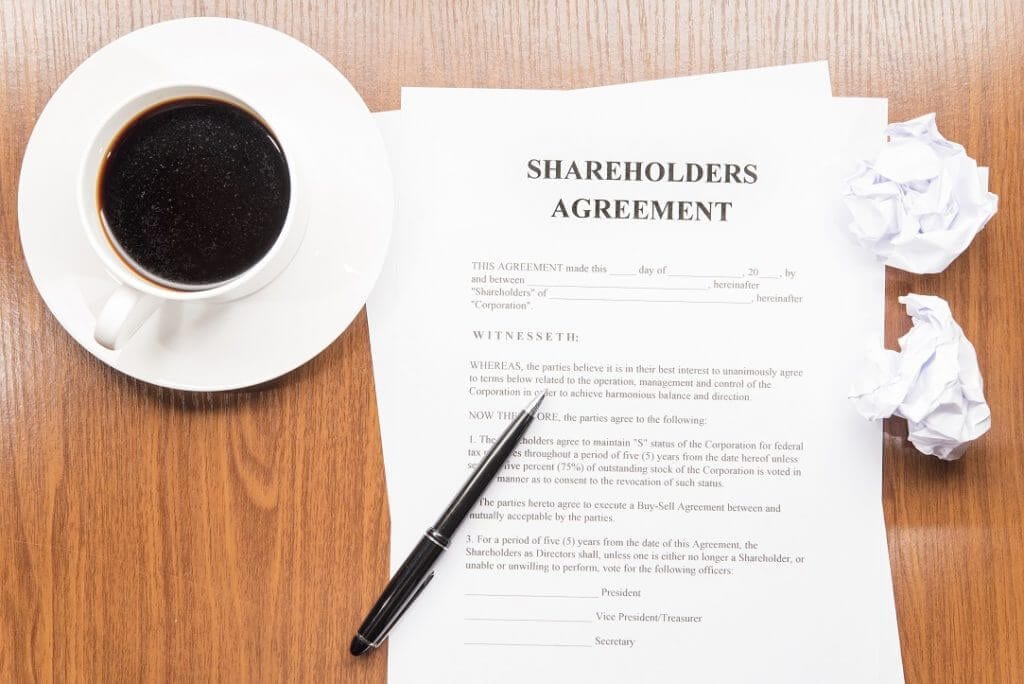 The rights and obligations of the owner of uncertificated shares are exactly the same as those holding share certificates. Sec. 3.205(b).