A corporation's quasi-fiduciary duty to its shareholders under Texas trustee law. 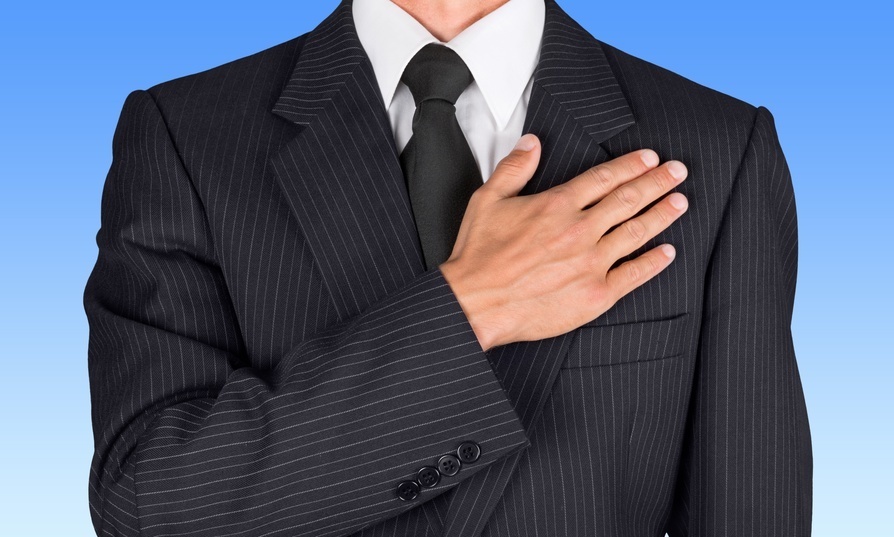 The Corporation Is a Trustee as to Every Shareholder

One who holds the legal title to property for the benefit of the beneficial owner is a "trustee,"  and trustees owe legal duties to the beneficiaries of their trust.

Prior to the adoption of the Uniform Stock Transfer Act  by the states, courts imposed “quasi-fiduciary duties” on corporate issuers and their transfer agents to insure that changes in stock registration were not wrongful as against the true owner.  These duties arose from the courts’ analysis that “a corporation whose stock was transferable only on the books of the company was, to a certain extent at least, a trustee for its shareholders in respect to their stock.”  Under this older line of case law, courts imposed on the corporation, as trustee, the “duty to exercise reasonable care and diligence to protect [the stockholder’s] interests by preventing [wrongful] transfers, and it had to respond in damages.”  The big change that came with the adoption of the Uniform Stock Transfer Act was to render share certificates freely negotiable—the primary effect of which was to protect good faith purchasers and to ease the risks and burdens the courts had imposed on corporations when they register a transfer.  However, Article 8 of the Uniform Commercial Code does not preempt the common law,  and one respected authority has noted that this “large body of case law . . . may still be useful today.”  In light of the Texas Supreme Court’s recent extensive reliance in Ritchie v, Rupe  and Sneed  on pre-shareholder oppression cases from the late nineteenth and early twentieth centuries, this exploration seems particularly appropriate.

Fiduciary Duties to Shareholders Arising from the Trust Relationship

Stock is an abstract concept, an intangible set of rights and interests, not a physical thing. Ownership of stock may be evidenced by a written stock certificate and a written notation on the corporate books; however, the evidence of the thing is not the thing itself.  Ultimately, stock ownership resides in the corporation’s acknowledgement of the existence of the shareholder's ownership interest and the rights and benefits such ownership entails. The stockholder does not own or possess anything tangible but has only a claim on the corporation. That “claim” is meaningless unless the law recognizes enforceable legal duties to each shareholder. The Texas Supreme Court in Yeaman and numerous other Texas cases are emphatic that the trustee-beneficiary relationship between the corporation and its individual shareholders imposes duties on the corporation that are analogous to and derived from the duties that the common law imposes on all trustees.

Corporations owe fiduciary duties to their shareholders -- much like trustees

The legal duties imposed on the corporation are analogous to common-law duties on trustees, but there is not a one-to-one correspondence.

The duties that the law imposes on trustees are extremely strict. A trustee owes a trust beneficiary an unwavering duty of good faith, fair dealing, loyalty, and fidelity over the trust’s affairs and its corpus.  The Texas Supreme Court has written:

When persons enter into fiduciary relations, each consents, as a matter of law, to have his conduct towards the other measured by the standards of the finer loyalties exacted by courts of equity. That is a sound rule and should not be whittled down by exceptions. The rule is general in its use and is fundamental. It is for the benefit of the cestui que trust and undertakes to enforce the duty of loyalty on the part of the trustee by prohibiting him from using the advantage of his position to gain any benefit for himself at the expense of his cestui que trust and from placing himself in any position where his self interest will or may conflict with his obligations as trustee.

In an ordinary trust, the trust itself is not considered to be a legal person distinct from its beneficiaries and trustee. Lawsuits for injury to trust property are brought by the trustee (or sometimes derivatively by a beneficiary), not by the trust itself. The human trustee exists separate from and outside of the trust. The human trustee has self-interests that are distinct from and often adverse to the interests of the trust. A corporation, on the other hand, is both the trustee and the trust itself. The corporation is a separate legal person and has the power to sue in its own name for injury to itself.

Trustees are held to a strict duty not to misappropriate trust property for their own benefit.  However, unlike a human trustee administering a trust, the corporation is both the trustee and the trust and cannot possess property outside of itself; therefore, it would be impossible for a corporation to possess corporate property in which the shareholders would not still own a beneficial interest. Trustees are required to place the interests of the beneficiaries before their own interests.  However, a corporation has no self-interest that is not shared by all the shareholders. (However, corporations can place the interests of some shareholders before others, which would violate the fiduciary duty of impartiality.)

Objections to this Analysis

The concept that corporations owe “fiduciary duties” to shareholders has drawn considerable hostility from some commentators and courts in other jurisdictions. In Ritchie, the Texas Supreme Court, in addressing a different legal issue, quoted one commentator who expressed extreme doubt as to fiduciary duties owed by the corporation:

A number of courts have also resisted the idea that corporations owe “fiduciary duties” to shareholders based on the concern that this doctrine would result in vicarious liability to the corporation for wrongdoing initiated by and executed by its officers, directors or other shareholders.  The Sixth Circuit stated:

There is widespread agreement with this position.  However, this objection is directed at a different set of duties than those recognized in Yeaman. The officers’ and directors’ duties run to the corporation. Liability for breach of those duties governing control of the corporation, say, stealing corporate funds, is to the corporation (and thus to all of the shareholders collectively). Of course, it is absurd to say that a corporation might be liable to itself when the president steals its money. However, if the corporation owes a legal duty to a shareholder, then there is absolutely nothing “absurd” about a corporation being held liable to injured parties for the decisions or conduct of its agents that violate that legal duty. A corporation can only act through its human agents  and make decisions through its human management.  Every instance of corporate liability results from actions and decisions made by corporate agents. An injured driver may certainly seek compensation from the corporation when a corporate employee negligently causes an accident.  The employee driver causing the accident certainly would have violated a duty to the corporate employer in driving negligently, as would directors seeking to entrench management by blocking the votes of certain shareholders. Likewise, under ordinary tort law, when senior corporate management maliciously commits wrongdoing in the course and scope of their duties, that malicious intent is imputed to the corporation.  If the law recognizes duties that corporations owe to shareholders arising from the legal relationship between a corporation and each of its owners, then the liability falls on the corporation even though officers and directors make the decision to violate such a duty.

Limited Scope of the Corporate Quasi-Fiduciary Duty to Shareholders

Because the corporation functions as a trustee, it also has certain affirmative duties to its shareholders. The most important of these duties is to act impartially with respect to the interests of its multiple owners. This duty of impartiality is simply the duty to act in good faith and with basic fairness with respect to conflicting interests among its various shareholders. The corporation also has an affirmative duties to recognize, respect, and not attempt to impair the ownership of its stockholders and to account for the corporate trust assets in its possession and to disclose material information to its stockholders.