Davis v. Sheerin recognized a fiduciary duty and rights of shareholders - establishing a new cause of action for minority oppression in Texas.

Davis v. Sheerin was overruled by Ritchie v. Rupe and is no longer good law on the cause of action for minority oppression, but understanding the case and its important role in the judicial development of minority shareholder legal protections is still important. 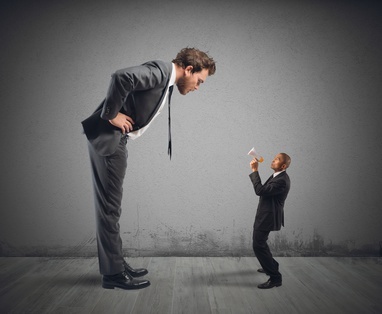 The Houston case of Davis v. Sheerinwas the first Texas case to recognize and attempt a systematic formulation of a minority oppression cause of action in Texas. This opinion was acknowledged by the Supreme Court in Ritchie v. Rupe as the “seminal” Texas authority on shareholder oppression.One commentator has praised the Davis case as not only significant in Texas jurisprudence but as influencing case law development in a number of other statesand as having “earned a prime place in black-letter corporations law.”

Pattern of Oppression Against a Texas Minority Shareholder.

In Davis v. Sheerin, a Texas corporation, W.H. Davis Co., was formed in 1955 and was owned by two shareholders, William Davis, 55%, and James Sheerin, 45%.  Both Davis and Sheerin, together with Davis’s wife Catherine, were directors and officers; however, Davis was the president and managed the day-to-day running of the company, while Sheerin was involved as an investor only and did not work in the company. In 1985, Sheerin sued William and Catherine Davis claiming minority shareholder oppression. Sheerin sued both in his individual capacity and derivatively on behalf of the corporation —although the appellate opinion does not indicate that the corporation was a party.  The suit was filed initially because Davis refused to allow Sheerin to inspect the books and records of the corporation, claiming that Sheerin was not a shareholder.

On the basis of these findings and the undisputed portions of the evidence, the Houston trial court entered a judgment based on the new Texas cause of action for minority oppression and awarded the following relief: (1) a declaratory judgment that Sheerin owned 45% of the stock in the corporation; (2) an order that Davis and his wife “buy out” Sheerin’s stock for the “fair value” of $550,000, as determined by the jury; (3) the appointment of a receiver for the corporation;(4) an injunction against contributions to the profit sharing plan unless a proportionate sum was paid to Sheerin; (5) a mandatory injunction for payment of dividends in the future; (6) award of damages to Sheerin individually for the informal dividends paid in the past by profit sharing contributions; (7) an award of costs incurred by Sheerin in enforcing his inspection rights ; and (8) an award of damages to Sheerin, on behalf of the corporation, for the amount the corporation paid for Davis’ attorneys fees.

On appeal, Davis challenged the buy-out order, the appointment of the receiver, and the order to pay dividends, but did not challenge the declaration of share ownership or the valuation. The First Court of Appeals affirmed the buy-out order, and the appointment of a receiver, but reversed the mandatory injunction to pay dividends.

The principal issue on appeal was whether the buy-out remedy was available under Texas law. The plaintiff contended that the defendants should be ordered to purchase the plaintiff’s shares because the defendants had committed “oppression” of the plaintiff. At the time, Article 7.05(a)(1)(c) of the Texas Business Corporation Act (now Texas Business Organizations Code § 11.404(a)(1)(C)) provided that a court may appoint a receiver for the assets and business of a corporation to conserve the assets and avoid damage to the parties (also to conduct an orderly liquidation under article 7.06), “but only if all other requirements of law are complied with and if all other remedies available either at law or in equity . . . are determined by the court to be inadequate and only in [certain specific] instances,” one of which is an action by a shareholder establishing “that the acts of the directors or those in control of the corporation are illegal, oppressive, or fraudulent.”

The First Court of Appeals noted that “oppressive” conduct is prohibited by Article 7.05(a)(1)(c) of the Texas Business Corporations Act, but that the only statutory remedy was the appointment of a receiver.The court also noted that no Texas case had ever ordered the remedy of a “buy-out,” but the court reasoned, based on authority in other jurisdictionsand on the holding of the Texas Supreme Court in Patton v. Nicholasthat the court had the inherent equitable power to fashion a remedy for oppressive conduct, other than receivership or liquidation.Therefore, court held that

“Texas courts, under their general equity power, may decree a ‘buy-out’ in an appropriate case where less harsh remedies are inadequate to protect the rights of the parties.”

Next the court discussed what constituted oppressive conduct. The court noted that neither Texas statutory nor common law provided a definition of “oppression.”Therefore, the court examined authority from other jurisdictions and adopted two different (but complimentary) definitions: First, minority shareholder “oppression should be deemed to arise only when the majority’s conduct substantially defeats the expectations that objectively viewed were both reasonable under the circumstances and were central to the minority shareholder’s decision to join the venture,”and second, “burdensome, harsh and wrongful conduct, a lack of probity and fair dealing in the affairs of a company to the prejudice of some of its members, or a visible departure from the standards of fair dealing and a violation of fair play on which every shareholder who entrusts his money to a company is entitled to rely.”

The court held that the record clearly substantiated a finding of minority oppression, notwithstanding “the absence of some of the typical ‘squeeze out’ techniques used in closely-held corporations, e.g., no malicious suppression of dividends or excessive salaries.”The Davis court stated that “conspiring to deprive one of his ownership of stock in a corporation, especially when the corporate records clearly indicate such ownership . . . not only would substantially defeat any reasonable expectations appellee may have had, . . . but would totally extinguish any such expectations.”Significantly, the court held that the oppressive conduct need not be the proximate cause of any damages,and that oppressive conduct did not fall under the protection of the business judgment rule.

Defining the Minority Shareholder Oppression Cause of Action

The court of appeals’ opinion in Davis v. Sheerin did a remarkably good job in defining a new cause of action for shareholder oppression. The duty violated was purely statutory and arose from the prohibition in article 7.05(a)(1)(c) of the Texas Business Corporations Actagainst “oppressive” acts by “directors or those in control of the corporation.”This was a duty owed by the controlling shareholder directly to the minority shareholder, and a claim for violation of that duty was a claim brought directly by the shareholder in his individual capacity. In order to prove a violation of the duty not to act oppressively, the shareholder was required to prove acts that either (1) “substantially defeats the expectations that objectively viewed were both reasonable under the circumstances and were central to the minority shareholder's decision to join the venture,”or (2) are “‘burdensome, harsh and wrongful conduct,’ ‘a lack of probity and fair dealing in the affairs of a company to the prejudice of some of its members,’ or ‘a visible departure from the standards of fair dealing, and an violation of fair play on which every shareholder who entrusts his money to a company is entitled to rely.’”These alternative definitions were meant to be “expansive” and “to cover a multitude of situations dealing with improper conduct.”“Oppressive” conduct included denial of share ownership, the denial of a voice in corporate affairs, and willful breaches of fiduciary duties to the corporation,together with more “typical ‘squeeze-out’ techniques used in closely-held corporations, e.g., [. . .] malicious suppression of dividends or excessive salaries.”The existence of oppressive acts was a jury question,but whether those acts constituted a violation of the duty not to oppress was a question of law for the court, and no jury question on oppression was to be submitted.

The remedy for violation of the duty was either appointment of a receiver pursuant to the statute or a lesser equitable remedy crafted by the court, which could include an order that the majority shareholder buy the minority shareholder’s stock at “fair value” or injunctive relief addressing specific conduct, such as injunctions prohibiting the payment of disproportionate “informal” dividends or requiring the payment of dividends.The decision to award equitable relief was made by the court and subject to review for abuse of discretion.A buy-out order was justified where the plaintiff proved (1) that the oppressive conduct constituted a pattern of such conduct likely to “continue in the future,”and (2) that other relief was not adequate.The price paid in the buy-out was “fair value” of the stock and was determined by the jury.A claim for shareholder oppression could be brought with other claims, including derivative claims, dividend claims, and claims for violation of statutory inspection rights.