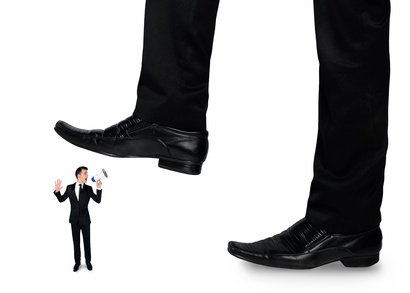 Boehringer v. Konkel was overruled by Ritchie v. Rupe and is no longer good law as to the shareholder oppression doctrine. However, it is important to understand the fact pattern of this case as it is an important model against which to test legal innovations designed to fill in the gaps left by the Ritchie decision.

Boehringer v. Konkelwas the last significant shareholder oppression case to be decided prior to the publication of the Texas Supreme Court’s opinion in Ritchie and was decided while the Ritchie appeal was pending before the Supreme Court.

Konkel and Boehringer were chemical engineers, and Konkel bought 49.9% of the stock in Boehringer’s closely-held corporation, which designed industrial processes and machinery and equipment used in refineries, chemical plants, biofuel facilities, and pharmaceutical production facilities.At the first shareholder meeting, both agreed that salaries would be set at $60,000 annually for each and that Boehringer would act as president and Konkel as vice president.From 2001 to 2004, the company was a two-man operation, but beginning in 2005, the company grew substantially, acquiring office space, hiring employees, and earning significant revenues—growing to in excess of $1 million per year between 2005 and 2008, compared to 2004 sales of $550,000.Shortly after this marked success, the relationship between Konkel and Boehringer deteriorated; Konkel made between ten and twenty requests for corporate records from between 2001 and 2009, which Boehringer ignored.

The situation reached its boiling point at the February 2, 2009 shareholder meeting, when Boehringer told Konkel that he was “going to make [Konkel’s] fucking life miserable.”Following the meeting, Boehringer sent a company-wide email stating that Konkel was no longer in management, and Konkel resigned shortly thereafter, stating that his only remaining connection to the corporation was as a shareholder.Later, Konkel learned that Boehringer had secretly awarded himself a pay raise in late 2008, increasing his gross pay $240,000 annually, compared to Konkel’s $48,000.Despite earnings which generated a tax liability to Konkel for 2008, Boehringer never issued to Konkel dividends from the 2008 earnings.On February 23, 2009, Konkel sued Boehringer for shareholder oppression.

The jury found that Boehringer had maliciously or wrongfully refused to allow Konkel to examine corporate books, used his position to award himself an excessive salary to Konkel’s detriment, and wrongfully withheld dividends from Konkel in 2008--a set of facts reflecting the classic definition of shareholder oppression.The trial court held that shareholder oppression occurred as a matter of law and ordered that the corporation be liquidated, with proceeds split according to share ownership percentages after all debts were subtracted.Boehringer challenged legal and factual sufficiency of the evidence; the First Court of Appeals affirmed.

2. burdensome, harsh, or wrongful conduct; a lack of probity and fair dealing in the company’s affairs to the prejudice of some members; or a visible departure from the standards of fair dealing and a violation of fair play on which each shareholder is entitled to rely.

On the specific factual findings, the court concluded that the jury could reasonably have found that Boehringer maliciously or wrongfully refused to allow Konkel to examine the books and records, that Boehringer used his position as president of the corporation to award himself an excessive salary to Konkel’s detriment, and that Boehringer withheld issuance of a dividend and used his two-fold pay increase as a means of denying Konkel his proportionate participation in the company’s earnings.

The court held that “[a]n expectation of annual compensation through employment cannot be said to be a general expectation held by all shareholders of a corporation,” and that if Konkel were complaining about his own salary, he would be required “to provide proof of specific facts showing that his specific expectation of a certain level of compensation was reasonable under the circumstances and central to his decision” to invest; however, the court noted, “Konkel is not complaining about his own compensation, but that Boehringer’s raising of his own salary was detrimental to Konkel.” The court further held that “[a]s a shareholder, Konkel had a general and reasonable expectation to have the right to proportionate participation in the earnings of the company,” and that the board resolution from the first shareholder meeting at which Konkel joined the company proved his reasonable expectation that corporate monetary benefits would be divided equally. The court held that the evidence justified the finding that Boehringer had received “a de facto dividend to the exclusion of Konkel.”