The Business Judgment Rule in Corporate Breach of Trust

The business judgment rule in shareholder claims for a corporation's breach of trust. 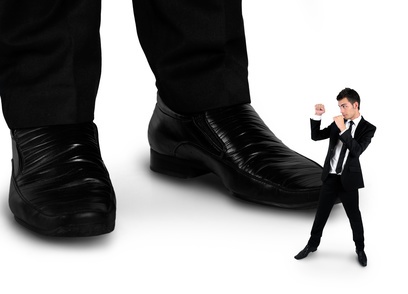 Applicability of the Business Judgment Rule to Breach of Trust

When corporate action is utilized to impair fundamental shareholder rights and interests in breach of the corporation’s trust relationship with its shareholders, the business judgment rule should have no application.

The classic statement of the business judgment rule was given by the Texas Supreme Court in Cates v. Sparkman:

It may be safely said that courts of equity have not, as a general rule, been disposed to exercise their jurisdiction through suits like the present to control or interfere in the management of the corporate or internal affairs of an incorporated company. The company’s business is left to the direction of the officers or managing board which, by the law creating it, may be clothed with the power and discretion to conduct its affairs in the manner which, in their judgment, is best calculated to promote its interests. . . . . If the acts or things [challenged by a plaintiff shareholder] are or may be that which the majority of the company have a right to do, or if they have been done irregularly, negligently, or imprudently, or are within the exercise of their discretion and judgment in the development or prosecution of the enterprise in which their interests are involved, these would not constitute such breach of duty, however unwise or inexpedient such acts might be, as would authorize the interference by the courts at the suit of a stockholder.

No Applicability to Corporate Breach of Trust

The business judgment rule defense does not apply to fiduciary duties generally but is peculiar to claims of corporate officers and directors charged with breaching the fiduciary duty of care. The duties that corporations owe to their shareholders are differenct from the duties that directors owe to the corporation, and there is no reason to assume that the business judgment rule would apply.  In Ritchie v. Rupe, the majority disagreed with the assumption by the dissent that the business judgment rule would apply to breach of fiduciary duty claims brought by shareholder on the basis of relationships of trust and confidence. The majority wrote, “We see no basis for such an assumption and not that Texas law recognizes different kinds of fiduciary duties owed under differient circumstances. … [W]e see no reason to assume the [business judgment] rule would apply [to different fiduciary duties].” There is no authority that the business judgment rule protects the corporation from liability to its shareholders. If a corporate president makes a poor, but honest business decision that results in the corporation breaching a contract with a third party or negligently harming a third party, the president would be protected liablity to the company, but the company will still be liable to the third party. The duties that corporations owe to their shareholders constrain corporate action. Acting to extinguish a shareholder’s ownership interest (either actually or constructively) is not one of those things with corporations have the right to do.  The Texas Supreme Court in Yeaman v. Galveston City Co. was “unwilling to affirm that, in the absence of some statutory or charter power, or express consent to that effect, a corporation has any authority to forfeit a
stockholder’s shares.”  It must be noted that, although the Texas Supreme Court in Patton v. Nicholas relied on the Cates decision —a fact that the Ritchie Court found extremely significant in its analysis of Patton —the Patton opinion never mentioned the business judgment rule or made the least inquiry into whether the majority shareholder or the corporation in that case was accorded any discretion when decision to suppress dividends constituted a breach of trust.