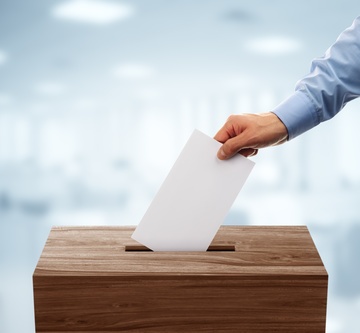 Shareholders have a fundamental right to vote, which cannot be impaired or infringed upon by thecorporation or those in control. However, the law does permit a shareholder to limit or modify his voting rights by agreement.

Voting trusts may be used to lock in a majority block by combining the voting strength of several minority shareholders. It can also be used by minority shareholders to increase the power of their representation. Sometimes, the voting trust can be a tool of oppression, where a controlling shareholder persuades other minority shareholders to grant them the power of their votes (typically, shareholders not involved or much interested in the business, such as children or grandchildren who inherited their stock in the venture) and then uses that power to vote their shares against their best interests. However, where the trust agreement gives the trustee unbridled discretion over the vote, then the trustee is still a trustee and owes fiduciary duties to the equitable owner, including presumably the duty to vote the stock in the best interests of the equitable owner and not to personally benefit from the voting power.

Shareholders may also contract among themselves to vote in a certain way on specific matters—i.e., to vote as a block. Such an agreement may sometimes allow a group of shareholders to obtain or maintain control, particularly where cumulative voting is permitted. Voting rights agreements differ from voting trusts in that the stockholder remains the stockholder of record, and there is no trust. Section 6.252 of the Business Organizations Code provides that such agreements are enforceable if they are meet the following requirements:

The agreement should be conspicuously noted on the certificate; otherwise, the agreement will not be enforceable against a transferee for value who buys the stock without knowledge of the agreement. Someone who receives the stock by gift or inheritance, however, is bound by the agreement once he acquires actual knowledge of it. It is important to note that these voting rights agreements are valid only as between shareholders regarding shareholder votes. They are illegal as between directors, and may not be used by shareholders to constrain the exercise of discretion by directors. Also, such agreements may not be enforceable if they constitute mere buying of votes.

Voting rights agreements may also involve the granting of a proxy to another party to actually exercise the vote. This arrangement is somewhere between the voting trust and the voting agreement—the stockholder remains the stockholder or record, but the right to vote the stock is conferred on another. Section 21.367 of the Code provides that a shareholder may vote in person or by written proxy given to another person. A proxy is only valid for 11 months, unless otherwise provided in the instrument. A proxy is not irrevocable unless (1) the proxy form conspicuously states that it is irrevocable, and (2) the proxy is “coupled with an interest”—meaning that the reason for the proxy is not merely delegation of the voting power but that the proxy holder has an interest in the shares, such as a pledgee who is holding the shares as collateral and is entitled to vote the shares by proxy until the debt is paid.