How can you buy-out a fellow shareholder (or have the company do so) and make sure that the deal is final? The law makes it very difficult. A situation that appears repeatedly is that an unhappy shareholder will sell out to the company or to his partner and sign a settlement agreement and release. Later, the shareholder learns that the former partner sold the whole company for a profit. The shareholder sues seeking to get out of the settlement on the grounds of fraud or breach of fiduciary duties. If the former partner was aware of the opportunity to sell at a profit and kept that to himself, he may have a problem.

Here are the ways under Texas Law that a settlement can be busted.

1. Fraud in the Inducement

The Texas Securities Act also provides a basis for rescission of a settlement agreement. The elements are: (1) the purchase of a security (2) by means of an omission to state a material fact (3) necessary in order to make the statements made, in light of the circumstances under which they are made, not misleading.  The definition of “security” in the act is incredibly broad and would include stock and ownership interests in closely-held corporations and LLCs.

A transaction in which a business organization purchases an ownership interest in itself from one of its owners is unique and gives rise to unique duties. Texas Courts have held that the corporation is the “custodian of the rights of the stockholders.”  The “nature of the organization and the relation of the stockholders to the corporation and its property”  impose legal duties on the corporation with respect to the stockholder’s ownership interest.  The relationship, and its accompanying duties, have been characterized as “akin to one of trust,”  with the corporation acting as a “quasi-trustee,” holding its stock for the benefit of and in trust for its stockholders.  The Texas Supreme Court has held that a corporation “is a trustee for the interests of its shareholders in its property, and is under the obligation to observe its trust for their benefit.”

The trusteeship of a corporation for its stockholders is that of an acknowledged and continuing trust. It cannot be regarded of a different character. It arises out of the contractual relation whereby the corporation acquires and holds the stockholder’s investment under express recognition of his right and for a specific purpose. It has all the nature of a direct trust.

Because the law imposes on the corporation the duties of a trustee, the Court held: “Its possession is friendly, and not adverse, and the shareholder is entitled to rely upon its not attempting to impair his interest.”  Because the shareholder is the beneficiary of the trust, “[h]e is chargeable with no vigilance to preserve his stock or its fruits from appropriation by the corporation, but may confide in its protection for their security.”  The legal relationship between a corporation and its shareholders as a particular type of trust has been often repeated, never denied or limited, and is very well established in Texas case law.

In Miller v. Miller,  the court addressed duties of controlling shareholders in purchasing shares from minority shareholders. The case arose out of a divorce between a husband and wife. The husband had started a corporation with three other engineers, each of whom were issued 25% of the shares.  The husband was an officer and director. The purpose of the corporation was to develop and market some extremely promising telephone switching technology. A subsidiary of Exxon had agreed to provide venture capital and to take a significant equity stake.

Exxon required, as a condition of its investment, that the shareholders enter into a shareholders’ agreement restricting the sale of their shares. One of the provisions required any divorcing spouse of the shareholders to sell any shares owned by them back to the shareholder spouse, to the corporation or to the other shareholders at a price determined by a formula that was guaranteed to result in a relatively low price.  The husband presented the agreement to the wife, and explained that it was an agreement between Exxon and the founders and was necessary to get the company started. He did not explain the agreement and did not disclose the facts he knew about the prospects of the company, the size of Exxon’s investment or the price per share paid by Exxon, or the potential value of the enterprise. The wife read the agreement and signed it and later testified that she had believed that she was already bound by it.

Two years later and after a divorce, the wife later learned that the corporation was worth far more than she had believed. She sued to rescind the agreement and partition the shares.  The case was tried to a jury, which found that the husband had failed to disclose that Exxon had purchased 1.5 million shares at $1 per share, that the wife would be required to sell in the event of a divorce, that the stock had a fair market cash value, and that the corporation was developing technology that would be in great demand. With regard to breach of fiduciary duties, the jury found that the husband had acted in good faith, that the agreement had a reasonable business purpose, but that the agreement was unfair to the wife.  On the basis of these findings, the trial court denied rescission of the shareholder’s agreement.

The wife appealed. The Dallas Court of Appeals’ held that the husband owed fiduciary duties because of his power over the wife’s stock rights as a result of his controlling position in the corporation:

The court noted that no Texas case had addressed the issue of whether an officer and director of a corporation has a duty to disclose to a stockholder his knowledge of information affecting the value of the stock before purchasing it from the stockholder.  The court noted that majority rule was that a director or officer does not stand in a fiduciary relation to a stockholder in respect to his stock and, therefore, has the same right as any other stockholder to trade freely in the corporation’s stock.

However, some jurisdictions had held that officers and directors have a fiduciary duty to individual stockholders, as well as to the corporation itself and, thus, cannot properly purchase stock from a stockholder without giving him the benefit of any official knowledge they have of information that may increase the value of the stock.  Still other courts had followed the majority rule, but recognized an exception when “special facts” impose on the officer or director a limited fiduciary duty to disclose any knowledge of special matters relating to the corporate business—e.g., merger, assured sale, etc.—that may affect the value of the stock.  The court declined to rule whether Texas would follow the “majority” or “minority” rule, but held that even under the majority rule the “special facts” of this case were sufficient to bring it within the exception.  The “special facts” critical to the court’s decision were that the husband knew that “Exxon was purchasing 1,500,000 shares at one dollar per share and that if IBX was developed, it would be in great demand” and that the husband therefore had a fiduciary duty to disclose those facts prior to contracting with the wife regarding the ownership of her shares.

Allen v. Devon Energy Holdings, L.L.C. concerned the redemption of Allen’s minority interest in an LLC involved in natural gas exploration and development.  The LLC redeemed Allen’s interest in 2004 based on a 2003 $138.5 million appraisal of the LLC.  Approximately 18 months after the redemption, however, the LLC was sold for $2.6 billion—almost twenty times the value used to calculate the redemption price.  Allen sued, claiming that the majority shareholder and the LLC failed to disclose facts regarding the LLC’s future prospects, and that Allen would not have sold his interest in 2004 if he had known these material facts.

The appellate court determined that a majority shareholder owed a fiduciary duty to a minority shareholder in the context of a redemption agreement. Allen relied on Miller v. Miller and also applied the special facts doctrine and held that the majority member who’s ownership was increased by the redemption owed a fiduciary duty of disclosure to the selling member.  The “special facts” were the majority shareholder’s operating control over the affairs of the company and intimate knowledge of the company’s daily affairs and future plans. 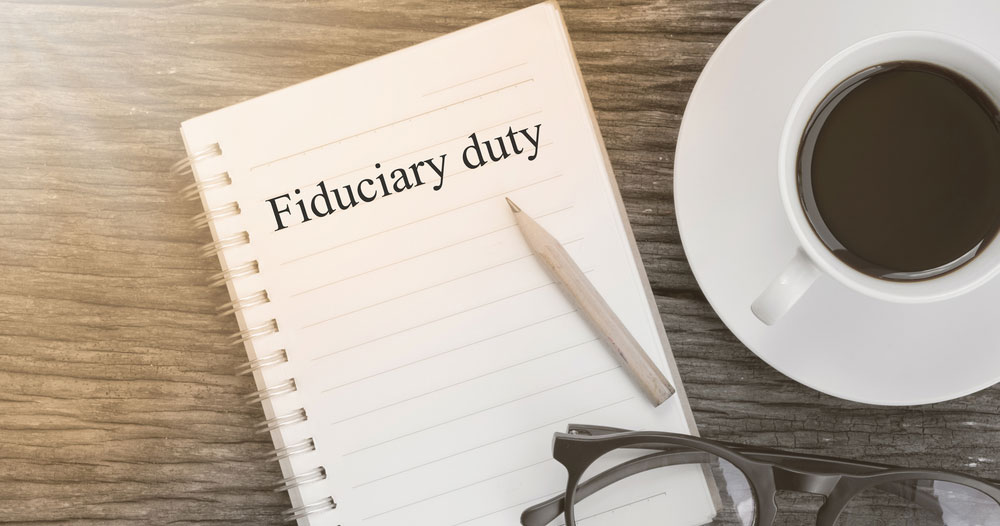 Furthermore, Texas Supreme Court’s treatment of this line of authority is significant.  The majority opinion in Ritchie v. Rupe cited Allen as authority for the ability of individual shareholders to sue directors and majority shareholders for “fraudulently [] manipulat[ing] the shares’ value” under existing causes of action. Fawcett, Miller, and Allen all clearly recognize that officers, directors, and controlling shareholders owe fiduciary duties to minority shareholders at least in the context of a transaction to purchase the minority’s shares when there is knowledge of material facts within the corporation not disclosed to the shareholder. Ritchie’s characterization of Allen as “addressing fraud claims relating to closely held company’s purchase of minority shareholder interests” —a fraud claim that existed only because of the fiduciary duty to make full disclosure—surely constitutes approval of the existence of such duties.

A fiduciary relationship creates a special bond requiring the fiduciary to deal fairly and in good conscience Texas courts have applied a presumption of unfairness to transactions between a fiduciary and a party to whom he owes a duty of disclosure, thus casting upon the profiting fiduciary the burden of showing the fairness of the transactions. The fiduciary must show proof of good faith and that the transaction was fair, honest, and equitable. A transaction is unfair if the fiduciary significantly benefits from it at the expense of the beneficiary, as viewed in the light of circumstances existing at the time of the transaction.

The defendant may rebut the presumption of invalidity by proving that the transaction was (1) in good faith, (2) with full disclosure, and (3) for fair consideration: “This necessity for good faith and the making of a full disclosure of all important information applies in the case of a sale by one partner to another of his interest in the partnership. Such a sale will be sustained only when it is made in good faith, for a fair consideration and on a full and complete disclosure of all important information as to value.”  The Texas Supreme Court has termed the disclosure duty in particular as an “absolute duty.”

This post was taken from a recently published white paper: How To Fraud-Proof Shareholder Settlements. Download the entire white paper with complete analysis and full legal citations.

How to Fraud-Proof Shareholder Settlements

Stock in a Corporation