Can Fiduciary Duties Be Waived in a Settlement

Settlements of shareholder disputes may later be attacked and set aside if the settlement violated fiduciary duties owed by the defendant to the plaintiff. A normal disclaimer of reliance won't provide a defense because reliance is not an element of breach of fiduciary duties. You need an explicit waiver of fiduciary duties to achieve a truly final settlement. However, does the law permit such a waiver?

While no court has addressed the issue, there is a very real question as to whether an advance waiver of fiduciary duties is valid. Title Seven of the Texas Business Organizations Code specifies the scope of such “advance” waivers of fiduciary duties that are permissible in a certificate of formation. In a corporation  or an LLC,  the certificate of formation may grant broad limitations on the liability of governing persons  except that liability may not be limited for a breach of the duty of loyalty “to the organization or its owners or members,” or an act “not in good faith” that involves “intentional misconduct,” or a transaction from which “the person received an improper benefit.”  If a broad waiver of fiduciary duties were in a certificate of formation passed unanimously by all of owners of the company, there is no question that it would be unenforceable to reverse the presumption of invalidity. There is no reason to believe that Texas public policy would be any different just because such language is in a contract. Similarly, in both corporations  and LLCs  a transaction between a governing person and the company would be void unless the transaction is approved by a majority of the disinterested owners or managers after full disclosure, or unless the benefitting fiduciary can prove the entire fairness of the transaction. There is no reason to think that Texas public policy would be different in a contractual transaction between shareholders or between shareholders and the company. Similarly, duties of loyalty, good faith, and disclosure in a general partnership may not be waived.  Fiduciary duties imposed by statute on trustees cannot be waived.  Other jurisdictions frequently hold that advance contractual waivers of fiduciary duties are unenforceable.

Texas common law imposes strict and absolute duties when a formal fiduciary duty is implicated.  “One occupying a fiduciary relationship to another must measure his conduct by high equitable standards, and not by the standards required in dealings between ordinary parties.”  “Not honesty alone, but the punctilio of an honor the most sensitive, is then the standard of behavior. As to this there has developed a tradition that is unbending and inveterate. Uncompromising rigidity has been the attitude of courts of equity when petitioned to undermine the rule of undivided loyalty by the ‘disintegrating erosion’ of particular exceptions.”  “When persons enter into fiduciary relations each consents, as a matter of law, to have his conduct towards the other measured by the standards of the finer loyalties exacted by courts of equity. That is a sound rule and should not be whittled down by exceptions.” 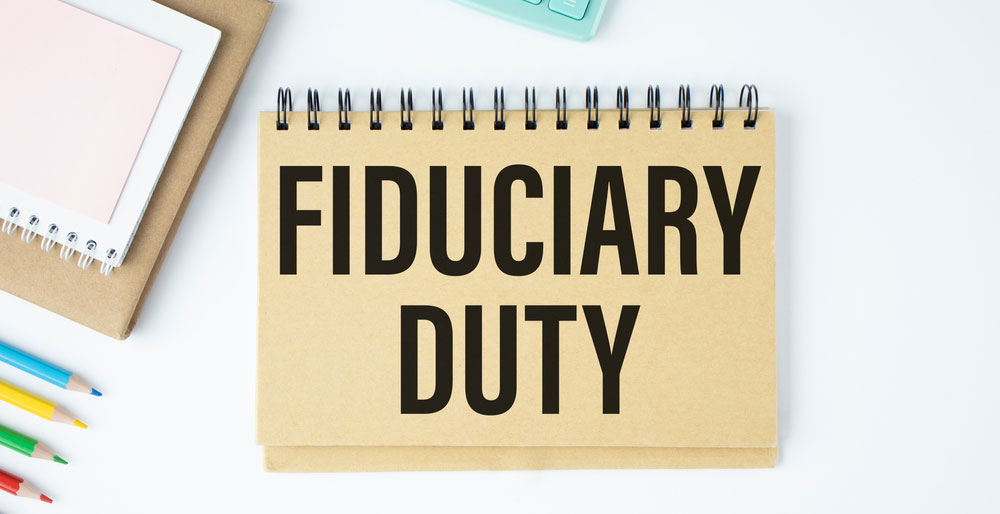 Does Texas public policy make it difficult for a fiduciary to achieve a final settlement? Yes, but no more difficult than entering into any other contract. The law presumes every contract involving a fiduciary is invalid unless the fiduciary can prove that full disclosure was made or that the transaction is otherwise fair. A release or settlement agreement is, after all, only a contract like any other.   And Texas courts have applied the presumption of invalidity to settlements involving fiduciaries just like any other transaction involving fiduciaries.  The difficulties imposed on fiduciaries is a calculated choice of Texas public policy. However, it is not impossible for a transaction involving a fiduciary to survive judicial scrutiny. As the Texas Supreme Court held in Texas Bank & Trust Co. v. Moore, “It should be emphasized that the imposition by equity of a fiduciary relationship in such circumstances does no more than cast upon the profiting fiduciary the burden of showing the fairness of the transactions.”  A settlement is final if it was agreed to after full disclosure or the fiduciary proves the fairness of the transaction. If a fiduciary could satisfy his burden of proof merely by showing that the plaintiff entered the transaction, the public policy would be meaningless.

It is not at all clear that the line of case law dealing with the effectiveness of a disclaimer of reliance on a fraud in the inducement claim  applies to a claim for breach of fiduciary duties. Breach of a fiduciary duty is not equivalent to fraud. “A false representation of a past or representation of a past or present material fact, when one has a duty to speak the truth, is of course a frequent ground for recovery in fraud when another relies thereon to his detriment, even in an ordinary arms-length transaction in which no ‘fiduciary duties’ exist and only the ethics of the marketplace apply.”However, when formal fiduciary duties apply, “the law imputes to the relationship additional and higher duties.”

The Forest Oil line of cases deals with a discrete issue: when a contractual disclaimer of reliance will bar a claim for fraud in the inducement. That line of authority is irrelevant when reliance is immaterial. Moreover, the cases do not involve fiduciary duties. Schlumberger v. Swanson took pains to make clear that no fiduciary duties were involved. Forest Oil makes clear that arm’s length negotiation is an important factor. Simply put, the Texas Supreme Court has not yet decided how parties may by agreement waive unknown and unfair breaches of fiduciary duties, if at all.

A waiver of the requirements of the Texas Securities Act is also probably unenforceable. The TSA provides: “Waivers Void. A condition, stipulation, or provision binding a buyer or seller of a security or a purchaser of services rendered by an investment adviser or investment adviser representative to waive compliance with a provision of this Act or a rule or order or requirement hereunder is void.”  Furthermore, reliance is not an element of a claim under the TSA.  Therefore, a disclaimer of reliance will also be ineffective.

This post was taken from a recently published white paper: How to Fraud-Proof Shareholder Settlements. Download the complete paper with full legal analysis and case citations.

How to Fraud-Proof Shareholder Settlements

Fiduciary Duties of the Limited Partnership General Partner in Texas

Joint and Several Liability for Breach of Fiduciary Duty