Do Texas Inspection Laws Apply to Foreign Corporations – Part One

A very important issue of corporate law is currently pending before the Texas First Court of Appeals in the case of Hartman Income REIT, Inc. v. MacKenzie Blue Ridge Fund III, LP, No 01-20-00218-CV. The issue is whether Texas law governing a shareholder’s right to inspect corporate documents applies to foreign corporations doing business in the state. In the modern world, most larger corporations do business in many states, yet they choose to be organized under the laws of a particular state. This choice is made based on the peculiarities of the particular corporate and tax laws among the various states. Corporate law is similar among the various states but not identical. Most large business corporations choose to be incorporated in Delaware for the reason that Delaware does not tax corporations and is perceived as having very management-friendly law and courts. A great many corporations are incorporated in Delaware but have no business operations there and no contact with that state other than a resident agent to accept service of process. The question frequently arises for a Delaware corporation that is headquartered and doing business, say, in Texas, to what extent are such corporations governed by Texas law and to what extent are they governed by Delaware law.

Hartman Income REIT, Inc. v. MacKenzie Blue Ridge Fund III, LP, does not involve a business corporation but a Real Estate Investment Trust, which is a particular sort of corporation that is governed by a separate law and is utilized to own and operate real estate investments. REITs receive favorable tax treatment compared with other types of corporations. Most REITs choose to be organized under Maryland law. In this case, Hartman Income REIT, Inc. is a Maryland Real Estate Investment Trust that is headquartered in Houston, Texas. Hartman owns and operates office and retail buildings in Houston, Dallas, and San Antonio, Texas. Hartman is a public corporation but is not listed on any stock exchange. MacKenzie Blue Ridge Fund III, LP is an investment fund that invests in REITs. Mackenzie owns 0.0029 percent of the shares of Hartman. MacKenzie decided that it wanted to make a tender offer to increase its ownership in Hartman and sent a demand for Hartman’s shareholder list so that it could send offers to the other shareholders. Hartman refused to release its shareholder list. Under Maryland law, a shareholder is not entitled to inspect the shareholder list unless he owns 5% of the shares. Under Texas law, a shareholder would be entitled to inspect the list if he owned any amount of shares for 6 months. MacKenzie claimed that Texas law should govern its right to inspect documents since Hartman was headquartered in Texas. MacKenzie sued Hartman to enforce its inspection rights. Both sides moved for summary judgment. The trial court ruled in favor of MacKenzie, and Hartman filed the pending appeal. This blog post will explore MacKenzie’s argument in favor of the application of Texas law. Part Two of this post will explore Hartman’s argument for the application of Maryland law. 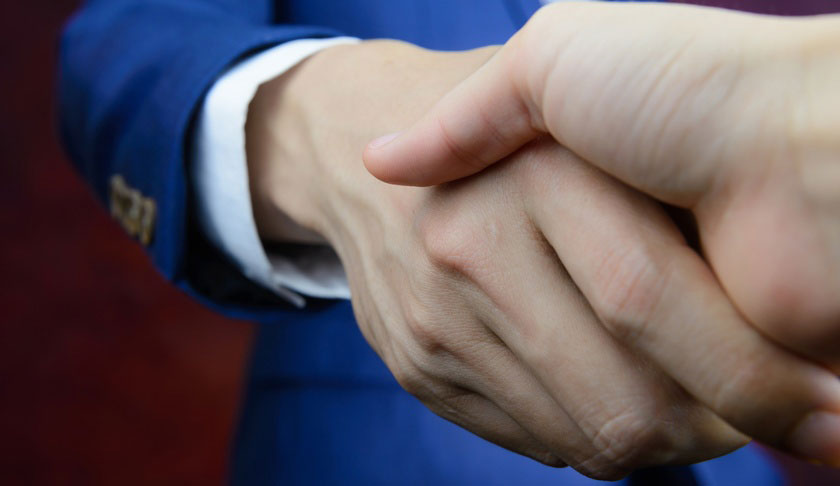 Inspection is clearly prohibited by Maryland law, and inspection is just as clearly permitted by Texas law. The issue is whether a shareholder’s right to inspect corporate documents and the corporation’s duty to supply such documents to its shareholders are an internal affair of the corporation? The intuitive answer would seem to be yes, and that Maryland law should apply. This is an issue of first impression in Texas, but many other states have ruled that shareholder inspection of corporate documents does not fall under the internal affairs doctrine. In fact, the overwhelming majority of jurisdictions deciding the issue that unequivocally conclude that a shareholder’s right to inspect a corporation’s books and records “is a recognized exception to the internal affairs doctrine as a matter of corporate law and conflicts of law . . .” Sadler v. NCR Corp., 928 F.2d 48, 55 (2d Cir. 1991).

The United States Court of Appeals for the Second Circuit succinctly concluded “[a]ccess to stockholder lists is a recognized exception to the internal affairs doctrine as a matter of corporate law and conflicts of law . . .” Sadler, 928 F.2d at 55 (relying on an American Law Report to support its conclusion). The Second Circuit instead notes “states have traditionally exercised authority to require disclosure of stockholder lists of foreign corporations doing business within their borders.” Id. (internal citation omitted).

Sadler is particularly instructive as the Second Circuit was similarly considering whether a Maryland corporation was subject to “inconsistent regulation” because the corporation would be required to disclose its shareholder list under New York law, but not Maryland law. See id. at 53-54. The court concluded that the corporation was not faced with a direct conflict. Id. at 54. In concluding that New York law applied, the court noted that Maryland adopted a more restricted ability to access stockholder lists but did so by balancing it “with generous authority for calling special meetings.” Id. at 54. The court further recognized that Maryland’s statutory right to access stockholder lists was done “against the background of traditional foreign state regulation of such access, and I cannot expect courts to provide constitutional insulation for the particular arrangements it adopted.” Id.

As Sadler recognized, numerous jurisdictions hold that the internal affairs doctrine is inapplicable to a shareholder’s right to access to a corporation’s books and records, including a shareholder list. See Fleischer Dev. Corp. v. Home Owners Warranty Corp., 647 F. Supp. 661, 664 (D.D.C. 1986) (“All of the cases uncovered support the conclusion that shareholders’ or members’ rights to inspect corporate books and records do not touch upon the internal affairs of a corporation where such books are within the jurisdiction of the reviewing court.”); Andrews v. Mines Corp., 205 Mass. 121, 91 NE 122 (Mass. 1910) (internal affairs doctrine inapplicable in determining whether a party has access to an entity’s books and records.); McCormick v. Statler Hotels Dela. Corp., 55 Ill. App. 2d 21 (Ill. App. Ct. 1964) (“Enforcement of this right [to inspect foreign corporation’s books] does not constitute interference with the internal affairs and management of a corporations.”) (internal quotations omitted); Valtz v. Penta Invs. Corp., 139 Cal. App. 3d 803, 807 (Cal. Dist. Ct. App. 1983) (“inspection of shareholder lists is a right incidental to the ownership of stock . . . and is thus subject to regulation by statute where the corporation does business” and “does not address an internal affair.”); Donna v. Abbotts Dairies, Inc., 161 A.2d 13 (Pa. 1960) (“While our courts will not take jurisdiction for the purpose of regulating or interfering with the internal affairs of a foreign corporation, it is equally well settled that the granting of a right to inspect a foreign corporation’s books and records, which are within the jurisdiction, does not so offend.”); Sanders v. Pacific Gamble Robinson Co., 84 N.W.2d 919, 922-23 (Minn. 1957) (“A court can exercise its jurisdiction in a matter affecting only an individual stockholder’s rights . . . without violating the rule that a court shall not exercise visitorial powers over foreign corporations or interfere with the management of internal affairs.”); State ex rel. English v. Lazarus, 105 S.W. 780, 781-82 (Mo. 1907) (Illinois corporation was required to produce books and records within the State of Missouri to shareholder, and such a holding “is not an attempt to exercise a visitorial power over the affairs of the corporation or control of its management.”).

Therefore, the overwhelming weight of authority outside of Texas points to shareholder inspection rights as something outside the internal affairs doctrine. The Sadler case could not be more on point. Therefore, the MacKenzie position is that the Texas courts should follow the lead of other states, apply Texas law to this Maryland corporation, and order the inspection.

Abusive Use of Buy-Sell Agreements

Can Fiduciary Duties Be Waived in a Settlement