Is a shareholder’s right to inspect corporate documents an “internal affair” of the corporation? If so, then the law of the state of incorporation applies. If not, then the law of the forum state applies. As explained in the first part of this blog, the case of Hartman Income REIT, Inc. v. MacKenzie Blue Ridge Fund III, LP, No 01-20-00218-CV, currently pending before the Texas First Court of Appeals, presents precisely this issue. Hartman is a Real Estate Investment Trust, incorporated in Maryland, but headquartered in Texas and with all its operations in Texas. MacKenzie is a Hartman shareholder who demanded to inspect the Hartman shareholder list. Under Maryland law, MacKenzie would not be permitted to see the list, but under Texas law, MacKenzie would be entitled to see the list. Part One of this blog presented MacKenzie’s position that shareholder inspection rights are a judicially-created exception to the internal affairs doctrine based on out-of-state authority that MacKenzie urged the Texas courts to follow.

This Part of the blog presents Hartman’s argument that Maryland law applies because shareholder inspection rights are an internal affair of the corporation. 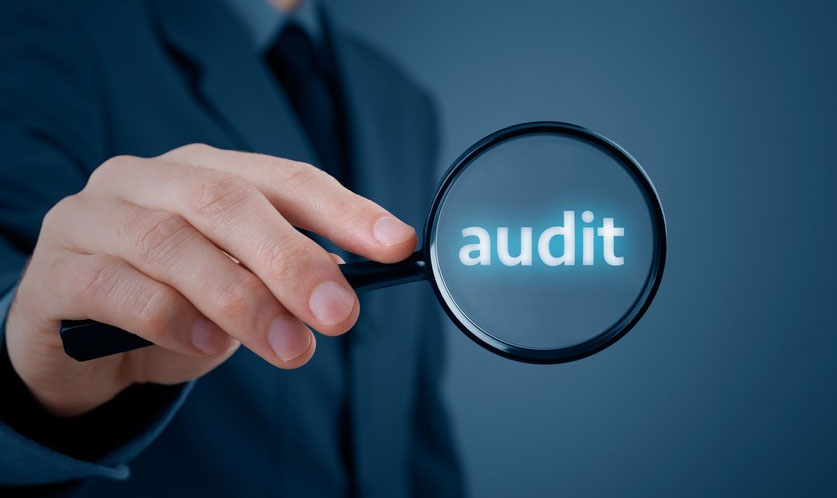 Public policy supports applying the internal affairs doctrine to foreign corporations. “Every State in this country has enacted laws regulating corporate governance. By prohibiting certain transactions and regulating others, such laws necessarily affect certain aspects of interstate commerce. . . . This beneficial free market system depends at its core upon the fact that a corporation—except in the rarest situations—is organized under, and governed by, the law of a single jurisdiction, traditionally the corporate law of the State of its incorporation.” CTS Corp. v. Dynamics Corp., 481 U.S. 69, 89–90 (1987).

“[U]niform treatment of the shareholders of a corporation is an important objective which can only be obtained by having their rights and liabilities with respect to the corporation governed by a single law . . . .” State Farm Mutual Automobile Ins. Co. v. Superior Court, 8 Cal. Rprt. 3d 56, 64 (Cal. Ct. App. 2003) (quoting Restatement 2d Conflict of Laws § 304 cmt. c). Corporate directors and officers have a “significant right . . . to know what law will be applied to their actions . . . .” In re SkyPort Global Commc’ns, Bankr. No. 08-36737, 2011 WL 111427, at *16 (Bankr. S.D. Tex. Jan. 13, 2011) (quoting VantagePoint Venture Partners 1996 v. Examen, Inc., 871 A.2d 1108, 1013 (Del. 2005)). “This certainty and predictability is achieved by applying the law of the state of incorporation, and only the law of the state of incorporation, to these internal affairs.” Id. at *17. The rights that arise between a corporation and its members depend on the state of incorporation. 17 Fletcher Cyc. Corp. § 8426 (Sept. 2019). A court in one state will generally decline to control “the management of the internal affairs of a corporation organized under the laws of another state, but will leave controversies as to such matters to the courts of the state of the domicile.” Rogers v. Guaranty Trust Co., 288 U.S. 123, 130 (1933). Applying local internal affairs laws to foreign corporations because it has local shareholders or some local contact is “apt to produce inequalities, intolerable confusion, and uncertainty, and intrude into the domain of other states that have a superior claim to regulate the same subject matter.” Mc McDermott Inc. v. Lewis, 531 A.2d 206, 216 (Del. 1987).; see 17 Fletcher Cyc. Corp. § 8426 (Sept. 2019) (“The doctrine was developed on the principle that to prevent corporations from being faced with conflicting demands and unpredictability, authority to regulate a corporation’s internal affairs should not rest with several different jurisdictions.”). “By providing certainty and predictability, the internal affairs doctrine protects the justified expectations of the parties with interests in the corporation.” Johnson v. Johnson, 720 N.W.20, 27 (Neb. 2006); see Carbone v. Nxegen Holdings, Inc., No. HHDCV 136039761S, 2013 WL 5781103, at *5 (Conn. Super. Ct. Oct. 3, 2013).

Each state has the sovereign authority to set up the rights and responsibilities—the rules of governance—for business entities that it creates. Texas has done so for Texas corporations and REITs. Texas has specified when and under what circumstances shareholders may inspect a shareholders list. Maryland has done the same. Texas public policy would object to foreign courts contravening Texas law on matters of corporate governance for which the Texas legislature has set the applicable rules. Therefore, Texas courts are obligated to respect Maryland law governing Maryland corporations and REITs.

As to the judicially-created exception recognized in other states, first, the recognition of that exception is far from unanimous. See Rein v. ESS Group, Inc., 184 A.3d 695, 701 (R.I. 2018) (“”[T]he processes by which shareholders and others exercise their right to review a corporation’s books and records qualify as ‘matters that pertain to the relationships among or between the corporation and its officers, directors, and shareholders.’”). Furthermore, the cases which seem to recognize this exception can be distinguished.

Only one case that is factually and procedurally similar is Sadler v. NCR Corp., 928 F.2d 48 (2d Cir. 1991). Like the Hartman case, Sadler involved a Maryland REIT in which inspection was not permitted under Maryland law but was permitted under New York law, and the Court applied New York law to permit the inspection. However, the New York law in question could not be more different from the Texas law at issue. The New York law expressly granted New York residents a right of inspection over foreign corporations doing business in New York: “Any resident of this state who shall have been a shareholder of record of a foreign corporation doing business in this state upon at least five days’ written demand may require such foreign corporation to produce a record of its shareholders setting forth the names and addresses of all shareholders….” N.Y. Bus. Corp. Law § 1315. The Second Circuit Court applied New York law because the express language of the statute required it to do so. Id. at 51 (“The Sadlers qualify under section 1315 as persons entitled to obtain a “record” of NCR’s shareholders. The Sadlers are residents of New York and have owned NCR stock for six months prior to their demand. The corporation whose stockholder list they seek does business in New York.”). The sentence quoted from the opinion regarding “internal affairs” had nothing to do with a statutory conflict of laws provision but with the question of whether application of the New York statute—according to its express terms—violated the Interstate Commerce Clause of the United States Constitution, which the Court held it did not. Id. at 54-56.

Valtz v. Penta Inv. Corp., 139 Cal. App. 3d 803, 807, 188 Cal. Rptr. 922 (Ct. App. 1983), is a case similar to Sadler. The California state inspection statute applied to foreign corporations doing business in the state. Therefore, the Court held, “we are not faced with a conflict of laws issue.” Rather, the question was whether the state law at issue violated the Full Faith and Credit, Due Process, Commerce, and Equal Protection Clauses of the federal Constitution, which the Court held it did not. Similarly, Donna v. Abbotts Dairies, Inc., 161 A.2d 13, 16 (Pa. 1960), dealt only with whether a state Court was prohibited from taking jurisdiction over a foreign corporation when the state statute “defines the rights of inspection of stockholders of all corporations doing business in the state.” The court held that the state courts had jurisdiction. There was no conflicts of laws question.

In Fleisher Dev. Corp. v. Home Owners Warranty Corp., 647 F. Supp. 661 (D.D.C. 1986), the United States District Court for the District of Columbia ordered a Delaware corporation to allow inspection by a shareholder. The Court’s discussion of internal affairs had nothing to do with conflicts of laws; it had to do with whether the Court should abstain from exercising diversity jurisdiction under Rogers v. Guaranty Trust Company of New York, 288 U.S. 123, (1933), which provided for abstention to avoid a result that would “interfere with or control by injunction or otherwise the management of internal affairs of a corporation organized under the laws of another State.” See id. at 664. The Court held that ordering inspection did not rise to the level of federal abstention, and the Court retained jurisdiction. Id. at 665. However, the Court applied Delaware law—the law of the state of incorporation! Id. at 667. Therefore, the holding of Fleisher actually supports the Hartman position on conflict of laws.

The remaining cases relied on by McKenzie are not conflicts of laws cases. These mostly very old cases deal with the doctrine that a court may not take jurisdiction over a foreign corporation to regulate its internal affairs. In this case, there is no question of jurisdiction. There is no question that the district court has jurisdiction to decide the issue of inspection. The question is what law to apply.

For example, Andrews v. Mines Corp., 91 N.E. 122, 123 (Mass.1910), is a very old case that is concerned solely with whether the Court may exercise jurisdiction over a foreign corporation in ordering inspection. The Court does not consider which law applies because inspection would have been warranted under the law of either state—as the Court notes, “the right which is sought to be enforced here is one of general, if not universal, recognition from early times.” Id. McCormick v. Statler Hotels Delaware Corp., 203 N.E.2d 697, 702–03 (Ill. App. 1964), is also solely about whether the Court has jurisdiction to order an inspection. The Court never even hints that the inspection would not be permitted by the state of incorporation and does not address the conflicts of laws issue. Sanders v. Pac. Gamble Robinson Co., 84 N.W.2d 919, 922 (Minn. 1957), and State ex rel. English v. Lazarus, 105 S.W. 780, 782 (Mo. App. 1907), are two other old cases that deal only with whether the court has jurisdiction to order a foreign corporation to allow inspection of its records. Neither case considers a conflict between the local and foreign laws.

Subject to this code and other laws of this state and except as provided by Subchapter C, Chapter 1, in any matter that affects the transaction of intrastate business in this state, a foreign entity and each member, owner, or managerial official of the entity is subject to the same duties, restrictions, penalties, and liabilities imposed on a domestic entity to which it most closely corresponds or on a member, owner, or managerial official of that domestic entity.

There is a huge difference, however, between the statutes cited by those courts and Section 9.203. Section 9.203 is expressly made subject to the provisions of Title 1, Subchapter C—which means Tex. Bus. Orgs. Code §§ 1.102 and 1.105, the provisions making internal affairs subject to the law of the state of incorporation. There is no indication in any of those cases that the state statutes have any provision similar to § 1.102 or § 1.105. Certainly, none of those cases deal with a conflict of laws issue in which the law of the state of incorporation would deny inspection but local law would permit it.

Texas Shareholder Oppression in the Legislature