How to pay out profits in a closely-held corporation? Salary vs. Dividends? The choice can harm minority shareholders. How to challenge the "no dividend" policy. 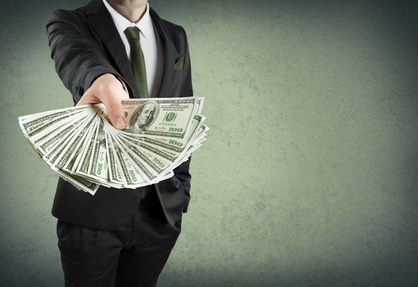 Every closely held corporation faces a decision about how to pay out corporate profits: salary vs divends. In C corporations, there is a tax benefit to going with salary, but even S corporations typically lean more toward salary. The decision to share profits through salary works well when all shareholders work in the corporation. Salary allows the shareholders to tweak the amount of distributions with the contribution of various shareholder is greater or less than their share percentage. So long as all shareholders consent, there is no cause for concern.

However, when, with the consent of all shareholders, a corporation follows a long-standing policy of distributing profits by means other than dividends, and a change of circumstances occurs whereby some shareholders no longer benefit proportionately, there is the significant opportunity for abuse. In the oppression context, this often occurs as a result of the majority terminating the employment of the minority, but it can happen in many other ways: voluntary resignation, retirement, inability to work due to disability, or death of the employee resulting in the stock passing to heirs not involved in the business. In each of these situtations, what was once a fair financial structure for the shareholders becomes an unfair one. The Texas Supreme Court in Ritchie v. Rupe specifically noted that when dividends are not paid, “a minority shareholder who is discharged from employment and removed from the board of directors is effectively denied any return on his or her investment.”  Often, the shareholders still employed or the directors will argue that the plaintiff participated in the salary versus dividends decision, agreed to it, benefited from it, and lived with it for many years; and therefore the "no dividends" corporate policy is binding and cannot be changed. This argument is legally wrong unless the specific restrictions on the ability to declare dividends are written into the certificate of formation.  Nevertheless, directors may use their discretion to continue to abide by an unwritten, informal salary vs. dividends policy, even though that policy is not legally binding and now works an injustice.

In these situations, the directors carrying out a "no dividends" policy are causing the corporation to violate its fiduciary duties to treat all shareholders impartially and not to impair the rights as shareholders, which include a proportional share in profits. Either by a claim for breach of trust or a derivative claim for suppression of dividends, courts should be able to grant equitable relief to the disadvantaged shareholders. One Delaware case involved doctors in a professional corporation MRI clinic that had distributed profits through payment of above-market fees for reading MRIs to its shareholder doctors. That practice worked well to distribute corporate profits on a prorata basis until some of the doctors withdrew from the arrangement. The Delaware Chancery Court stated that the board has a fiduciary duty to reassess the unfair situation. In Gimpel v. Bolstein, the plaintiff was fired for good cause, which the New York court held could not constitute shareholder oppression. However, the resulting unfairness of the corporation’s firmly established policy of not paying dividends prompted the court to “fashion a remedy” and order the majority to “make an election: they must either alter the corporate financial structure so as to commence payment of dividends, or else make a reasonable offer to buy out [the plaintiff’s] interest.”

Similarly, in Braswell v. Braswell, the wife of the majority shareholder in a closely held Texas corporation was awarded shares in the company as a result of a divorce. The wife argued that the division of the stock was not equitable because she was now a shareholder in a corporation that was subject to the control of her ex-husband. The Waco Court of Appeals noted that the corporation had never before paid dividends,
but reasoned that both husband and wife had lived on the husband’s salary taken out of the corporation and that it would have been costly in taxes and unwise for the corporation to pay dividends prior to the divorce. “We do not believe these facts raise a presumption that the corporation acting through its dominant officer and stockholders will not now regularly declare and pay reasonable dividends. If they should improperly refuse to do so, then any minority stockholder has his or her legal remedy” —specifically citing Patton v. Nicholas and Morrison v. St. Anthony Hotel.