Ritchie vs. Rupe and the New Reality for Texas Shareholder Rights 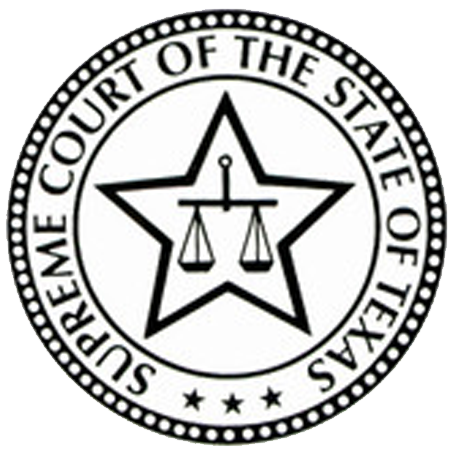 The Court of Appeals’ Opinion

The Dallas Court of Appeals’ 2011 opinion in Ritchie v. Rupe was the most detailed judicial discourse on shareholder oppression up to that date, and it was also the most expansive of minority shareholder rights.  Since the First Court of Appeals first recognized the buy-out as a remedy for oppressive conduct in Davis v. Sheerin in 1988, the Texas Supreme Court had declined to express an opinion regarding the shareholder oppression cause of action.  Meanwhile, Texas courts of appeals continued ruling on shareholder rights cases and had, over the intervening twenty-three years, created a significant body of jurisprudence on this subject. During that time, numerous petitions for review were filed to the Texas Supreme Court, and each time the Court denied those requests, but never "refused review," which would have constituted an implicit recognition that the court of appeals’ opinion is “correct and the legal principles announced in the opinion are likewise correct."  On March 2, 2012, the Texas Supreme Court granted Ritchie’s Motion for Rehearing on the initial denial of his petition for review. Oral arguments were heard on February 26, 2013, and more than nine amicus curiae briefs were filed in the matter. What was so special about Ritchie that warranted the Court’s attention after Ritchie’s second petition for review?

Ann Caldwell Rupe became trustee of the Dallas Gordon Rupe III Family Trust after her husband’s death. The trust held an 18% interest in Rupe Investment Corporation (RIC).  Mrs. Rupe sought to market her interest to third parties, and hired a retired capital fund manager, George Stasen, to assist her. Stasen met with the RIC’s other shareholders regarding the sale who informed him that no one from RIC management would meet with any potential buyers. The plaintiff contended that this refusal violated her rights as a shareholder and rendered Mrs. Rupe’s interest essentially worthless, because, as Stasen testified, no buyer would purchase an interest in a closely-held corporation before speaking with corporate management.

Mrs. Rupe’s shareholder oppression claim, as stated in the appellate opinion, centered on this act: managements’ refusal to meet with potential buyers of her shares. At trial, the jury found for Mrs. Rupe, and the trial court concluded that the refusal constituted oppressive conduct and ordered that her shares be purchased by the corporation for $7.3 million.

Unlike earlier cases that had based the buy-out remedy on a series of bad acts that support the “the likelihood that [this oppressive conduct] would continue in the future,”the Ritchie court of appeals’ opinion did not address the lack of a pattern, but instead focused on the fact that, because Mrs. Rupe’s shares were unrestricted, she had the fundamental right as a shareholder to “sell her stock to a party of her choosing at a mutually acceptable price.”  Any corporate policy prohibiting a shareholder from marketing shares to third parties defeats that general reasonable expectation. The court did say that shareholders do not have the expectation that controlling shareholders or directors would either market the shares on the minority’s behalf or make any statements that would mislead potential investors.

In their brief to the Texas Supreme Court, the petitioners argued that the “Texas shareholder oppression statute,” which allows the appointment of a receiver based on “illegal, oppressive, or fraudulent”  conduct, should be the only remedy available.  Petitioners also asserted that the “reasonable expectations test” is a flawed test that is not appropriate under the current statute and is not appropriate when a shareholder “acquire[s] her shares in a preexisting corporation by way of inheritance.”

Respondents pointed out that the receivership statutes are measures of last resort, to be used only “if all other remedies available either at law or in equity . . . are determined by the court to be inadequate.”  Respondents also pointed out that the “reasonable expectations test” is used in courts throughout the country to determine whether oppressive conduct has occurred. In addition, Respondents noted that the jury found that a relationship of trust and confidence existed and that Petitioners did not comply with their fiduciary duties arising from this relationship. A buy-out would be an appropriate remedy for the breach of fiduciary claim as well as shareholder oppression.

Further discussion of significant holding of the Ritchie appellate opinion

In Ritchie v. Rupe,  the Texas Supreme Court completely rejected the shareholder oppression cause of action as it had been developed in the Texas appellate courts.

Right to a Receiver Redefined

The Court first turned to the receivership statute as a source for the duties recognized by the shareholder oppression doctrine. The court held that the “construction of former article 7.05, like any other statute, is a question of law for the courts.”  “To determine the meaning of ‘oppressive’ in the receivership statute, our text-based approach to statutory construction requires us to study the language of the specific provision at issue, within the context of the statute as a whole, endeavoring to give effect to every word, clause, and sentence.”  The Court focused particularly on the other statutory grounds for imposing a receiver and concluded that all involved a “serious threat to the well-being of the corporation” and held that “[w]e must construe ‘illegal, oppressive, or fraudulent’ . . . in a manner consistent with these types of situations.”

Elements of "Oppression" for Receivership Remedy

The Court rejected the two definitions of oppressive that had been developed by the intermediate courts under the shareholder oppression doctrine and concluded: “Considering all of the indicators of the Legislature’s intent, we conclude that a corporation’s directors or managers engage in ‘oppressive’ actions under former article 7.05 and section 11.404 when they abuse their authority over the corporation with the intent to harm the interests of one or more of the shareholders, in a manner that does not comport with the honest exercise of their business judgment, and by doing so create a serious risk of harm to the corporation.”  The basis of the court of appeal’s holding of oppression, interference with the plaintiff’s ability to sell her shares, “does not meet that standard.”

In the trial court the plaintiffs had alleged additional oppressive conduct not relied on in the appellate opinion, but the Supreme Court held that remand was unnecessary because the plaintiff sought only a buy-out, and that remedy was not available under the receivership statute

“Former article 7.05 creates a single cause of action with a single remedy: an action for appointment of a rehabilitative receiver.”  The Supreme Court rejected the argument that the provision in the receivership statute, requiring the court to find that all other remedies available at law or in equity are inadequate, implies the authority to order other appropriate equitable relief—“This provision is a restriction on the availability of receivership, not an expansion of the remedies that the statute authorizes.”

Shareholder Rights Under Common Law Cause of Action Rejected

“the foreseeability, likelihood, and magnitude of harm ...  due to the abuse of power ... is significant"

Next, the Court turned to the question of whether an independent cause of action should be recognized in the common law for shareholder oppression.  The Court held that such an inquiry requires “something akin to a cost-benefit analysis to assure that this expansion of liability is justified.”  The factors include the foreseeability, likelihood, and magnitude of the risk of injury, the existence and adequacy of other protections against the risk, the magnitude of the burden of guarding against the injury and the consequences of placing that burden on the persons in question, and the consequences of imposing the new duty.

After a thorough discussion of the vulnerabilities of minority shareholders to violations of their shareholder rights and the risks and harm caused by oppressive conduct, the Court concluded “that the foreseeability, likelihood, and magnitude of harm sustained by minority shareholders due to the abuse of power by those in control of a closely held corporation is significant, and Texas law should ensure that remedies exist to appropriately address such harm when the underlying actions are wrongful.”  However, that conclusion “does not end our analysis” because “[w]e must next consider the adequacy of remedies that already exist.”

The Court then analyzed the existing remedies in each of five areas where oppressive conduct is most frequently present: denial of access to information,  withholding of dividends,  termination of employment,  misappropriation of corporate funds and opportunities,  and manipulation of stock values.  As to denial of information, the Court noted that “[t]he Legislature has already dictated what rights of access a shareholder has to corporate books and records, and no party alleges that the Legislature’s statutory scheme is inadequate to protect shareholders in closely held corporations from improper denial of access to corporate records.”  As to termination of employment, “our commitment to the principles of at-will employment compels us to conclude that the opportunity to contract for any desired employment assurances is sufficient.”

Existing remedies "are sufficient to protect the legitimate interests of a minority shareholder by protecting the well-being of the corporation.”

Misappropriation may be remedied through derivative claims based on “the duty of loyalty that officers and directors owe to the corporation specifically [that] prohibits them from misapplying corporate assets for their personal gain or wrongfully diverting corporate opportunities to themselves,”  which the Court reasoned might also be available to remedy withholding or refusing to declare dividends, termination of employment, and manipulation of corporate share values—“all relate to business decisions that fall under the authority of a corporation’s offices and directors. As such, they are subject to an officer or director’s fiduciary duties to the corporation.”  Ultimately the Court concluded that “these legal duties are sufficient to protect the legitimate interests of a minority shareholder by protecting the well-being of the corporation.”

Key to the Court's analysis was a significant (and highly questionable) reinterpretation of the 1955 Texas Supreme Court decision in Patton v. Nicholas.

The Court also noted the potential negative consequences of recognizing a new common-law cause of action for shareholder oppression—that the undefined usage of the term “oppressive” falls far short of providing any clear standards  and that “[e]ven the most developed common-law standards for ‘oppression’—the ‘reasonable expectations’ and ‘fair dealing’ tests—have been heavily criticized for their lack of clarity and predictability.”

"Gap" in Law of Shareholder Rights

We recognize that our conclusion leaves a “gap” in the protection that the law affords to individual minority shareholders, and we acknowledge that we could fill the gap by imposing a common-law duty on directors in closely held corporations not to take oppressive actions against an individual shareholder even if doing so is in the best interest of the corporation. To determine whether imposing such a duty is advisable, however, we must consider the public policies at play, the consequences of imposing the duty, the duty’s social utility, and whether the duty would conflict with existing law or upset the Legislature’s careful balancing of competing interests in governing business relationships.

The Court reasoned, “[t]here must be well-considered, even compelling grounds for changing the law so significantly. . . . We find no such necessity here, and therefore decline to recognize a common-law cause of action for ‘shareholder oppression.’” Therefore, shareholder rights would not be protected by a remedy based on the shareholder oppression doctrine as it had been developed in Texas caselaw, but would need to look to more traditional causes of action to fill the gaps in legal protection of shareholder rights left by the Court's opinion.

Finally, the Court noted that the plaintiff had also obtained jury findings of breach of informal fiduciary duties arising from the familial relationship among the parties and remanded the case for a determination
of whether the plaintiff was entitled to a buy-out or other remedy based on that finding.  On remand, the Dallas Court of Appeals held that there was legally insufficient evidence to support fiduciary duties based on a relationship of trust and confidence among the parties and reversed the trial court’s judgment and rendered judgment that Rupe take nothing.