Do shareholders have a post-Ritchie remedy?

Refusal to pay a tax distribution in a subchapter-S corporation can be particularly damaging. Do shareholders have a post-Ritchie remedy?

Failure to Make Tax Distributions in an "S" Corporation 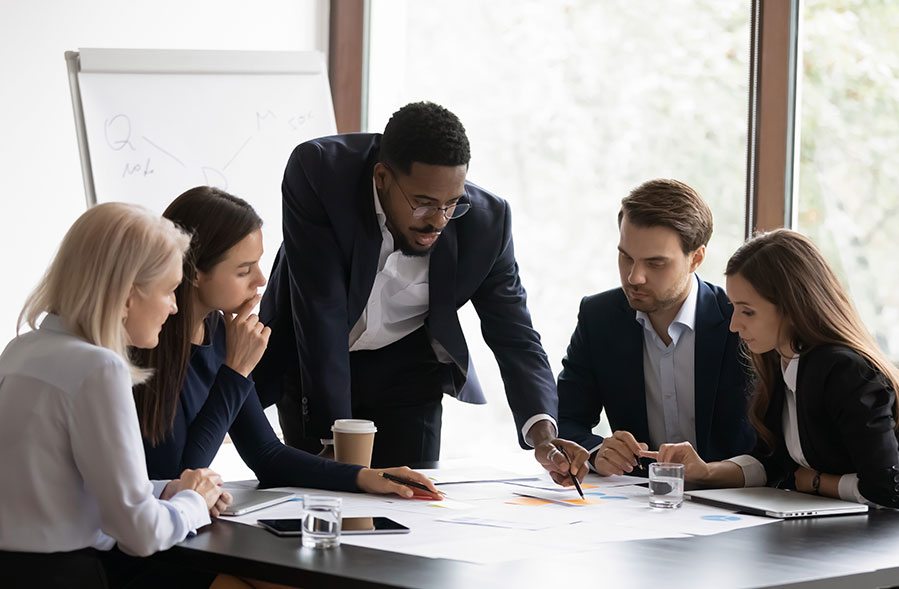 Advantages of the S-Corporation Election

The important difference is that “c-corp.’s” pay taxes on the earnings when received, and their shareholders are taxed a second time at the personal level on any dividends paid. The “s corp.” election eliminates the double-taxation. Currently, the highest corporate tax rate is lower than the highest personal tax rate (historically, this has not always been the case), so corporate earnings in a s-corp may be taxed at a higher marginal rate than in a c-corp. Likewise, profits distributed to shareholders in a c-corp as dividends are taxed at the long-term capital gains rate, which is significantly lower than the personal rate that shareholders would pay in on distributions of profits in an s-corp. However, c-corp dividends are subject to double taxation, which usually is a greater tax burden than is the case in an s-corp.

As a practical matter, most closely-held c-corps pay no dividends but instead distribute all earnings in the form of employment compensation to their shareholder, who usually are also employees, thereby running the corporation effectively on a “non-profit” basis. C-corp. shareholders who receive their share of earnings through salary and bonuses pay at the (sometimes) higher personal tax rate and must also pay payroll taxes, which is not the case for S corporation distributions. Furthermore, this practice may be challenged by the IRS, which can claim that the shareholders are receiving constructive dividends and assess tax penalties. The IRS also has rules against hoarding cash in the C corporation to avoid taxes on dividends, which can result in added tax penalties. Finally, when the corporation loses money, “S” shareholders receive the benefit of the losses as deductions on the personal tax return, while “C” shareholders do not. Losses in the C corporation may be carried forward to offset future taxable earnings, although IRS regulations place limits on these tax loss “carry-forwards.”

For purposes of the discussion of minority shareholder rights and remedies, the important point to note is that shareholders in an S corporation pay taxes on their share of the corporation’s earning whether they receive the money or not. Repayment of debt and capital expenditures are not deductible (although capital equipment may create a depreciation expense that is realized over time, and small corporations may accelerate a portion of that expense under Section 179); therefore, an S corporation may generate substantial tax liability to its shareholders even though there is no cash to cover the liability. However, most S corporations are able to manage their cash flow so as to make tax distributions to their shareholders sufficient to cover the annual tax liability. 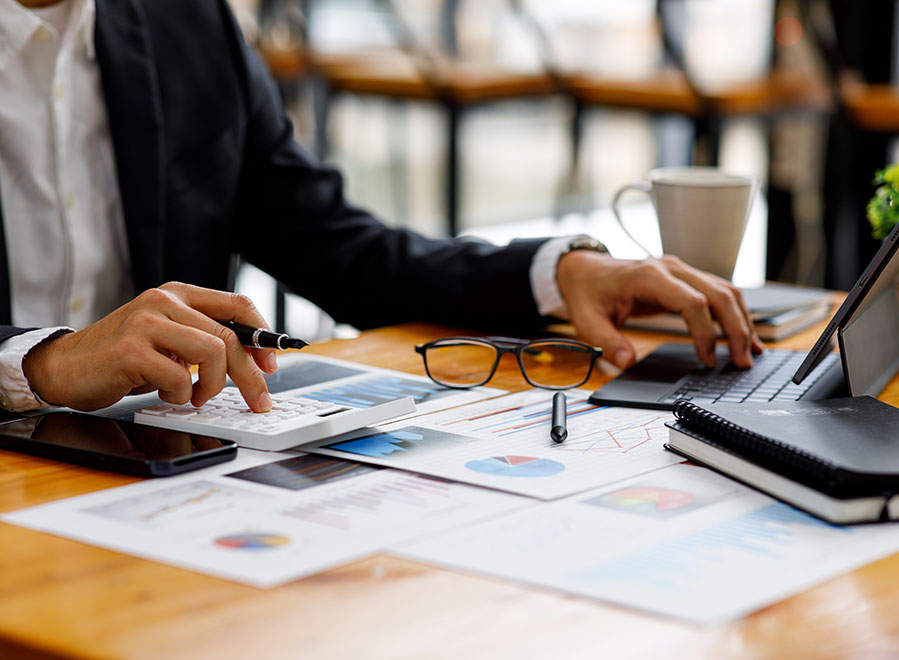 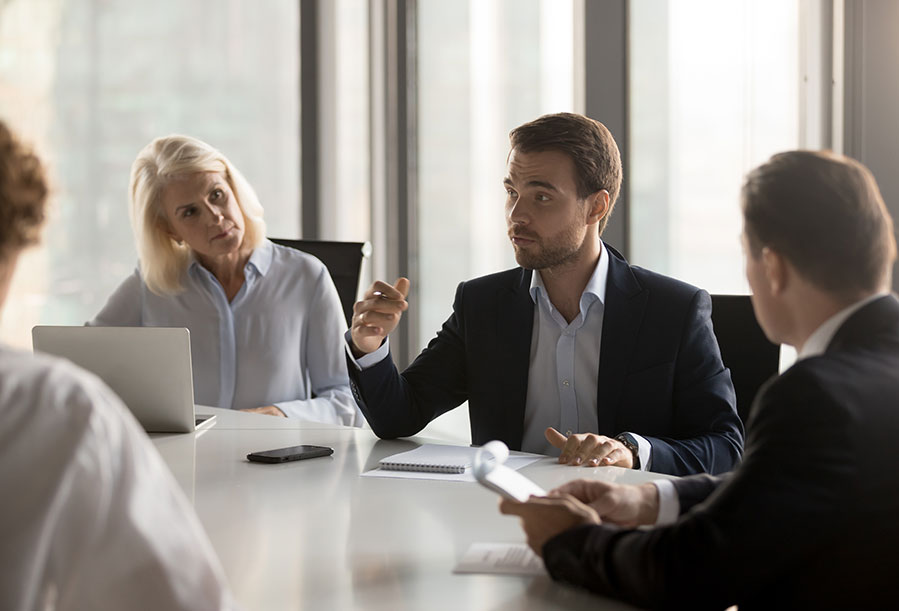 Perhaps the leading case discussing this squeeze out tactic is the unreported Delaware Chancery Court opinion in Litle v. Waters. In that case, the plaintiff Litle and the defendant Waters formed a closely-held Delaware corporation, which elected sub-S taxation. Litle owned one-third, and Waters owned two thirds. Waters loaned substantial sums to the corporation during the start-up, while Litle had borrowed money from the corporation. Little alleged that Waters had promised to always make tax distribution sufficient to cover the tax liability, although this agreement was nowhere recorded in writing. The company was extremely successful, resulting in a $560,000 tax liability to Litle. Yet Waters refused to pay tax distributions. Little had to drain his other financial resources and borrow to pay his share of the taxes on corporate profits, while Waters was able to pay his share with company funds that were repaid to him on the start-up loans. “According to plaintiff, Waters caused DMGT to not pay dividends in order to make Litle's shares worthless so that Waters could buy Litle out ‘on the cheap.’”

In the complaint, plaintiff alleges that “the Director Defendants breached their fiduciary duties to the stockholders in that the course of action embarked upon was designed to and did favor one group of stockholders to the detriment of another.” Defendants argue that “the declaration and payment of a dividend rests in the discretion of the corporation's board of directors in the exercise of its business judgment; that, before the courts will interfere with the judgment of the board of directors in such matter, fraud or gross abuse of discretion must be shown.” Gabelli & Co., Inc. v. Liggett Group, Inc., Del.Supr., 479 A.2d 276, 280 (1984). Further, defendants argue, the mere existence of funds from which the entity could pay dividends does not prove fraud or abuse of discretion by a board in its determination not to declare dividends.

Litle brought suit under Delaware law for breach of fiduciary duties and shareholder oppression. The plaintiff claimed: “By not making dividends, he was able to ensure that he would receive a greater share of the cash available for corporate distributions via loan repayments. Further, the decision enabled him to put pressure on Litle to sell his shares to him at a discount since the shares are and were only a liability to Litle (i.e., Litle receives no corporate distributions, yet, he owes taxes on the company's income). Indeed, the loan repayments continue to enable Waters to keep the pressure on Litle to sell the shares at a discount since the loan repayments provide cash that he can use to pay his DMGT tax liability, while Litle has to find sources of cash other than distributions from DMGT to pay his DMGT tax liability.” The court held that Water through his control of the board of directors owed fiduciary duties to the corporation and the shareholders and held that the plaintiff had stated a valid claim for breach of fiduciary duties. The court also denied a motion to dismiss the shareholder oppression claim, seeming to hold that Delaware would impose liability under the shareholder oppression doctrine as it had developed in New York law. This latter holding is questionable under Delaware law, which remains very uncertain about how the shareholder oppression doctrine works in that state. 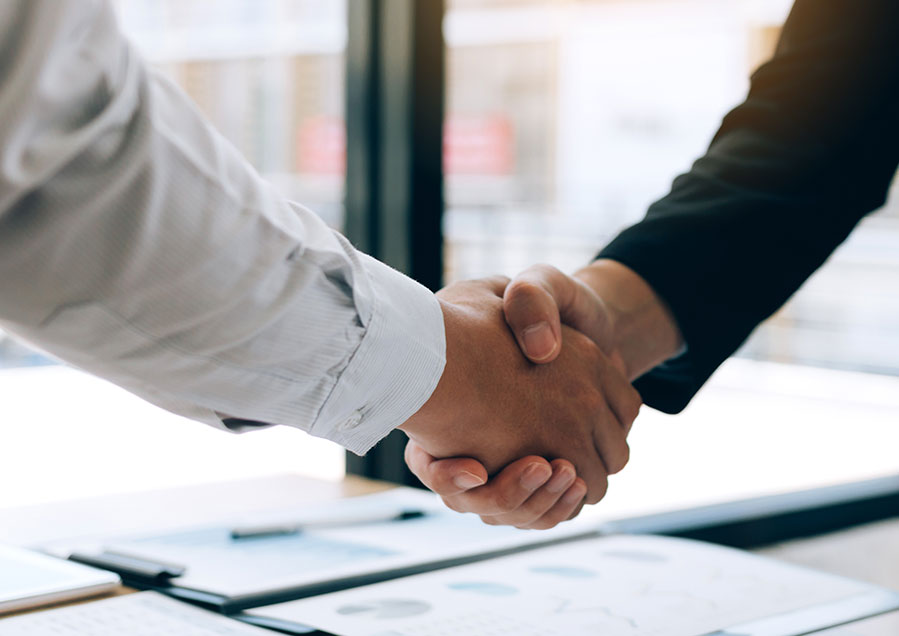 Nevertheless, the facts of Litle v. Waters certainly indicate that the decision to withhold tax distributions was not made “solely” for the benefit of the corporation, as the Supreme Court in Ritchie held Texas law requires. The facts of Litle v. Waters would fit squarely within the malicious suppression of dividends cause of action as defined in Patton v. Nicholas, except that the withholding of tax distributions was arguably much more malicious in its purpose and certainly much more harmful in its effect than was the case in Patton. Under the Ritchie Court’s application of Patton, the minority shareholder would have a derivative claim for breach of fiduciary duties to the corporation, which a mandatory injunction requiring payment of tax distributions as the remedy. 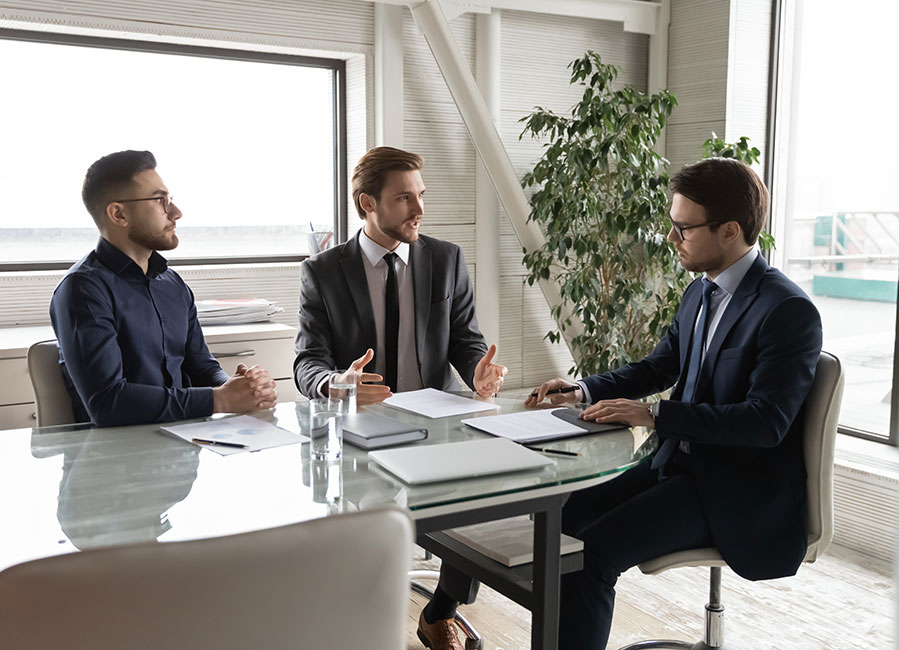 A difficult twist on this situation is when the minority shareholder is no longer a shareholder at the time the taxes are due. A subchapter S corporation shareholder is responsible for his proportional share of the tax burden both for his proportional share of share ownership and for the proportional part of the tax year that he was a shareholder. A 25% shareholder would be responsible for 25% of the taxes due on the corporate profits in any given tax year. If that shareholder sold his shares back to the company on December 31, he would still receive a tax bill for 25% of that year’s profits when the corporation filed its return the following March (or later if extended). If that shareholder sold his shares on June 30, then he would receive a tax bill for 12.5% of the taxes due the following year. This would be true even if the profits were made entirely during the second half of the year. While the corporation could certainly pay a tax distribution to the former shareholder, it would be under no obligation to do so. The former shareholder would have no legal right to his share of any tax distribution (dividend) declared after he ceased to be a shareholder.

This difficult fact situation was the basis of an Ohio court of appeals opinion in Thomson v. Central Ohio Cellular, Inc. The minority shareholder left the employment of the company and sold his stock to the other individual shareholders on November 9, 1991. At the time of the sale, the corporation had no taxable income during the year, and the parties did not provide for the payment of any tax distribution to the departing minority shareholder. Ten days after the sale, the corporation booked the first of two large sales that generated significant income. Although both transactions could have been reported in the 1992 tax year, the company chose to report them on their 1991 tax return, resulting in an allocation of over $6 million in taxable income to the former minority shareholder, who first became aware of the situation when he received is Form K-1 from the company six months after selling his stock.

Under Texas law, directors and majority shareholders do not owe fiduciary duties to minority shareholder, even in closely-held corporations. Therefore, the plaintiff’s successful claim in Thomson v. Central Ohio Cellular would not be available in Texas as a result of the Supreme Court’s decision in Ritchie. Furthermore, in order to have standing to bring a derivative claim the plaintiff must be a shareholder at the time the lawsuit is instituted. Therefore, the derivative remedy for suppression of dividends described in Ritchie v. Rupe, based on Patton v. Nicholas, also would not be available. The facts might establish an implied obligation in the stock sales agreement that was breached, but those facts were not present in Thomson, and would be unlikely in most cases.

The Texas minority shareholder would have a claim for breach of trust against the corporation. There would certainly be evidence of an intent to harm the minority and a violation of rights and duties creating injury and no adequate remedy at law. The Texas defendants would likely also argue that the corporation’s duties to the shareholder terminated upon the sale of shares, but Texas courts would likely reach the same conclusion as the Ohio court did that the fiduciary duties were implicated during the time that the plaintiff was still a shareholder and continue to apply with regard to that same transaction or occurrence. That was precisely the conclusion of the court in Morrison v. St. Anthony Hotel.